The Cujas Library is a library specialized in law, economics and political science. It is the heir to the library of the Law School of the University of Paris, whose origins date back to 1475. Since 1979, it has been the subject of an agreement between the Universities of Panthéon-Sorbonne and Panthéon-Assas and today bears the name of Jacques Cujas, a great thinker of 16th century legal humanism. It is located at 2 rue Cujas in the 5th arrondissement of Paris, in the heart of the Latin Quarter and only a few meters from the Pantheon.

While preserving its heritage and identity, the Cujas Library needed to modernize its image in order to better respond to current communication issues. Graphéine thus accompanied the library in the development of its new visual identity and its new graphic charter.

The previous logo [Cujas written in handwriting] was quite restrictive because the graphic charter called for a 45° angle.  The Library wanted a new logo that was more functional, but also more modern and dynamic, that respected its values and history, but also embodied its new ambitions.

We therefore proposed the creation of an acronym that would represent the library and truly define it as the temple of knowledge.

The principle of composition is inspired by the logo. It invites to create and play with blocks of colors like rows or stacks of books. The result is an extremely simple, dynamic and modular graphic system.

It is possible to insert photos between different books, or to use the same books to draw shapes and patterns.

Presentation of the library

The Cujas inter-university library is specialized in legal sciences, with a documentary offer that aims at the exhaustiveness of the French production and at a vast representation of foreign productions. It also has important collections in economics and political science. Today, its collections include more than one million printed volumes, including an old collection of nearly 40,000 volumes. It also provides access to numerous electronic resources: databases, online journals and e-book collections have gradually enriched its catalog, in line with new documentation practices.

A reference library for legal sciences

A reference library for legal sciences, the leading legal library in Europe, and the largest library in the world for French-speaking law, the Cujas library is the delegate of the GIS CollEx Persée for legal sciences. As such, its mission is to create and lead a network of legal libraries in France, around the development of research services. It has approximately 17,500 registered users and welcomes nearly 500,000 readers each year, 10% of whom are foreign visitors. Its public is mainly composed of research students (master, doctorate) and teacher-researchers, but it also welcomes undergraduate students.

Like the inter-university library of the Sorbonne, the library is managed by the University of Paris 1 and is one of the jewels in its crown. Paris 1's commitment to its libraries is reflected in the project for new pages dedicated to documentation on the university's website.

Share this project:
Project expertise: Logo creation, visual identity and graphic guidelines.
Type of client:
Communication in the education, higher education and health sector. An indispensable partner in the transformation of the health and wellness industry through the alchemy of creativity and technology. Communication in science and research.
Related projects: 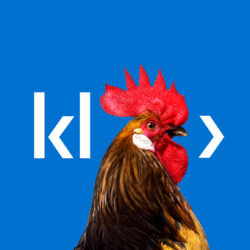