House of Culture of Grenoble
We don't deliver, come on!

Opened in 1968, the MC2: Grenoble - Maison de la Culture de Grenoble - is one of the flagship structures of the cultural decentralization initiated by André Malraux. This architecture by André Wogenscky houses a complex of four performance halls and rehearsal studios without equivalent in France.

Following the merger with the national drama center of the Alps, the MC2 inherited its skills and know-how with the workshops for the manufacture of sets and costumes. These assets make it a particular national stage, which has the whole possible field of production. It is a true house of creation.

In 2021, Arnaud Meunier was appointed director. Upon his arrival, he will initiate a new program that explores all disciplines of the performing arts, including the digital domain, as well as a desire to develop new relationships with the public under the sign of inclusion.

It is in this context that our collaboration began. It was a question of reviewing all of the establishment's communication in view of the new season.

After two years of Covid, a period that has greatly modified the habits of "cultural consumption", it was necessary to design a communication campaign aimed at appealing to the public in favor of "live performance" and to encourage them to return to the MC2's theaters.

This campaign is declined in a series of offbeat, humorous or poetic messages. They invite people to question the digital society, delivery platforms and Gafas. Behind each message is an opportunity to promote the role of creation and cultural places as a factor of social link, fertile encounters, tangible sensibilities and shared emotions.

Color is an important component of the project. Each shade was carefully chosen and the color combinations were designed to vibrate delicately. The Deux-Ponts printing house, a company known for its excellence, accompanied us throughout the process to ensure the best possible print result.

The posters of the shows are declined on the basis of two-color images, in the continuity of the color chart of the season.

Thanks to Arnaud Meunier (Director), Isabelle Martin-Leclère (General Secretary), Marion Labouré (Communication Manager), Mélanie Coste, Sylvie Latat and the rest of the communication team for their confidence and their involvement in this project. Thanks to Adrien Gervet for his support in the realization of the brochure. 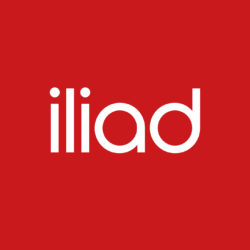