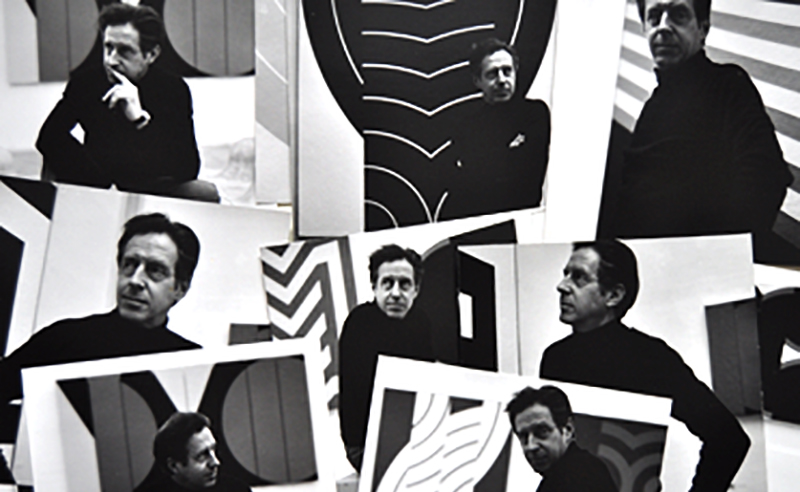 The art of Swiss design

The Rappaz Museum is located in the historical heart of the city of Basel, more precisely in the former house of the weavers of the Klingental Convent, which served as a workshop for the eponymous graphic designer Rolf Rappaz (1914-1996). It presents a permanent exhibition on the work of this Basel artist and graphic designer. The museum also presents itself as a true centre of art and living culture, its objective being to bring together regional artistic production and a globalized perspective of art. Rappaz's work is the starting point for this process, which has marked both the history of world art and the history of Basel art through three decades of creation.

Rolf Rappaz starts his graphic design apprenticeship at Frobenius A.G. in Basel (a poster by swissair, 1954). Initially an independent graphic designer, he turned to the fine arts in the mid-1960s. In 1938, he co-founded the Swiss Graphic Designers Union. Master at the School of Applied Arts in Basel (1942-1945), he had a great influence on a whole generation of artists, including Eva Aeppli and Jean Tinguely. Founding member of the Association des graphistes créateurs (1951). In 1958, he designed the tourism pavilion at the Brussels Universal Exhibition. He designed dozens of posters for the Swiss Exhibition in Basel, Olma, Swissair and Annabelle magazine. 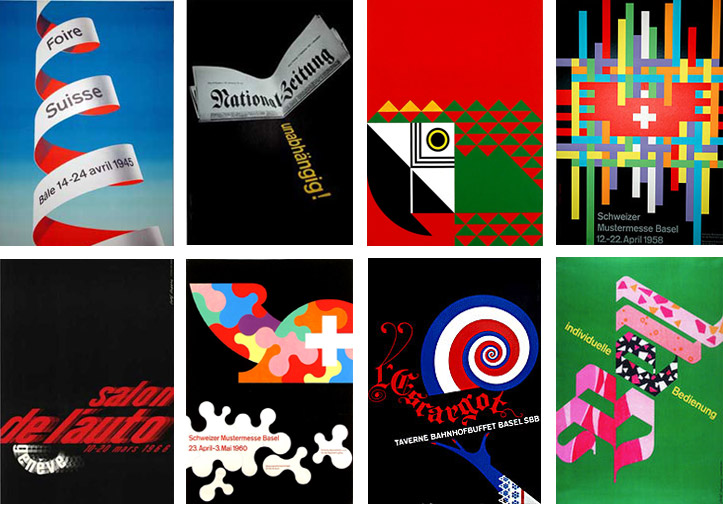 Below, a small gallery of his posters in larger format. Click on the thumbnails: 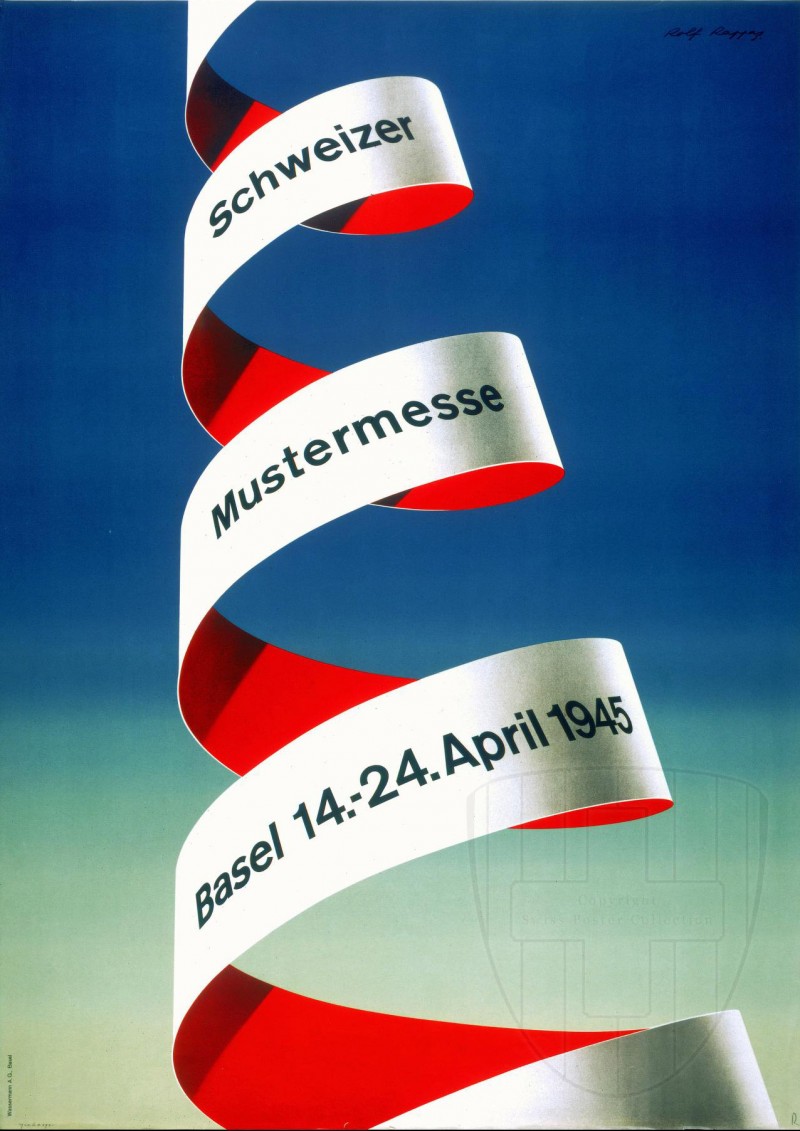 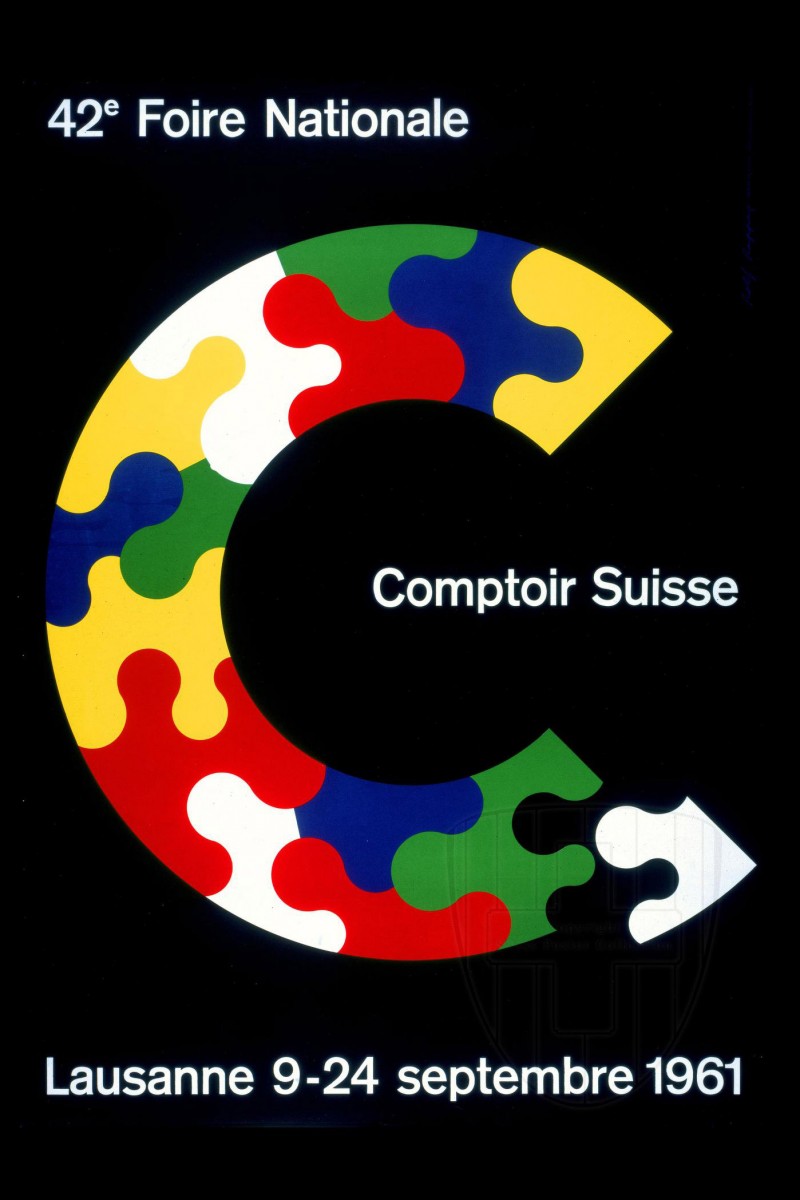 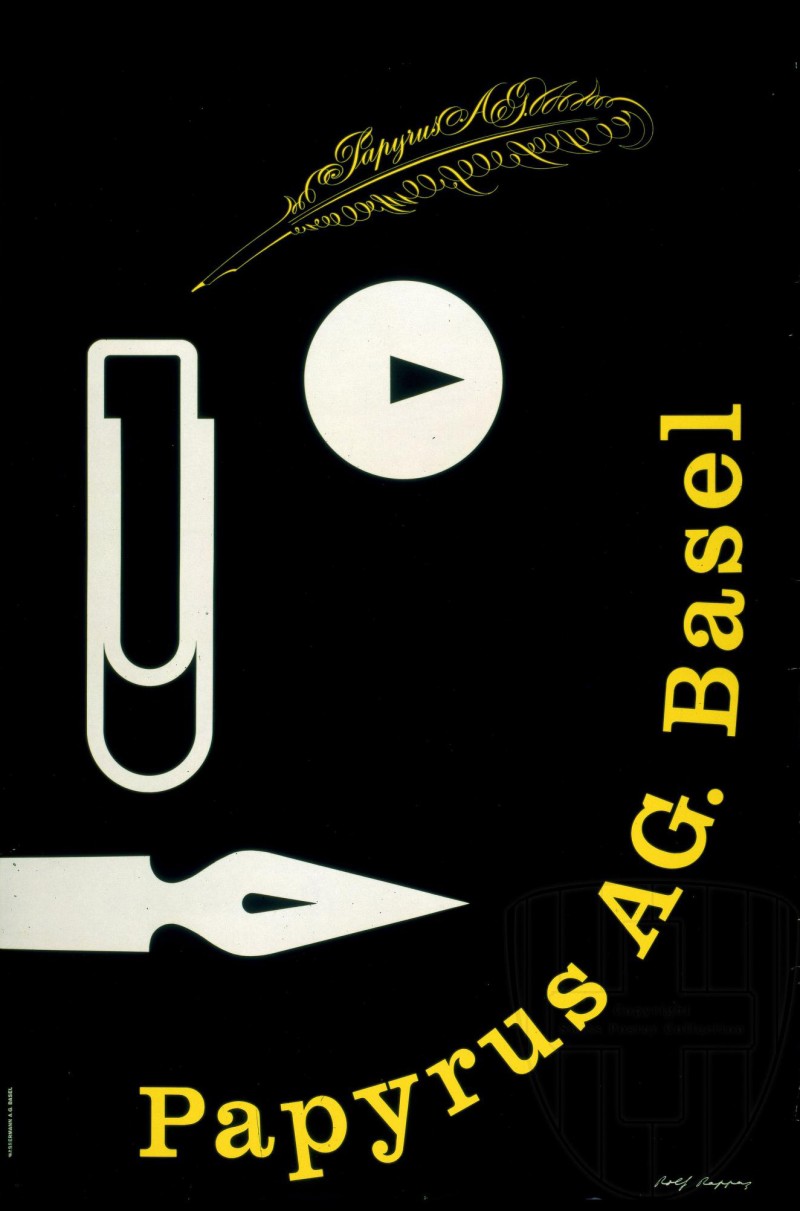 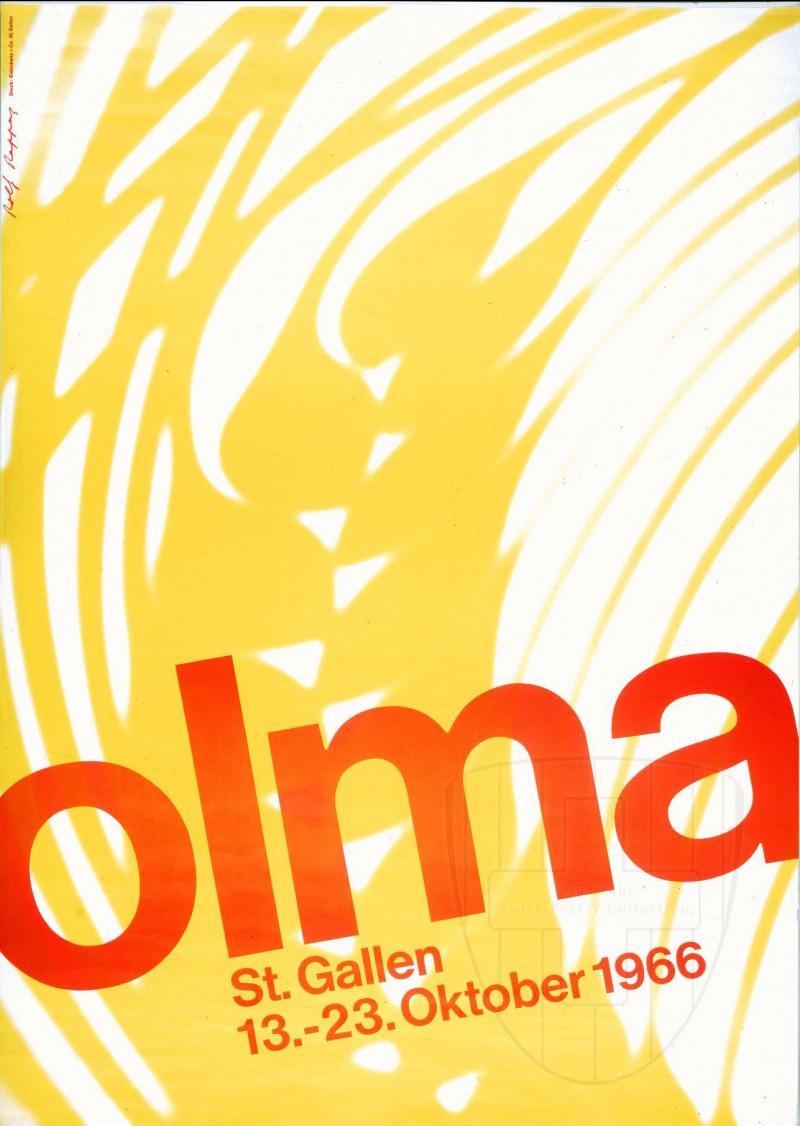 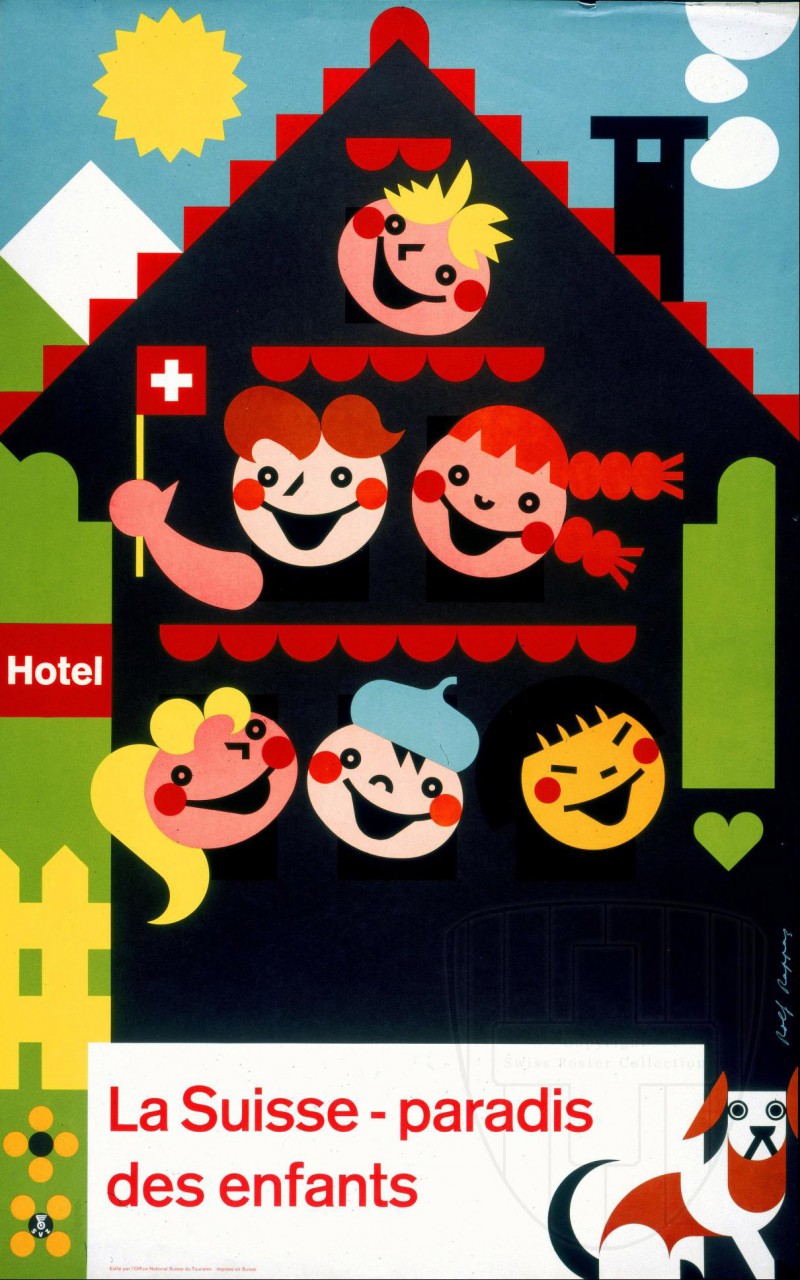 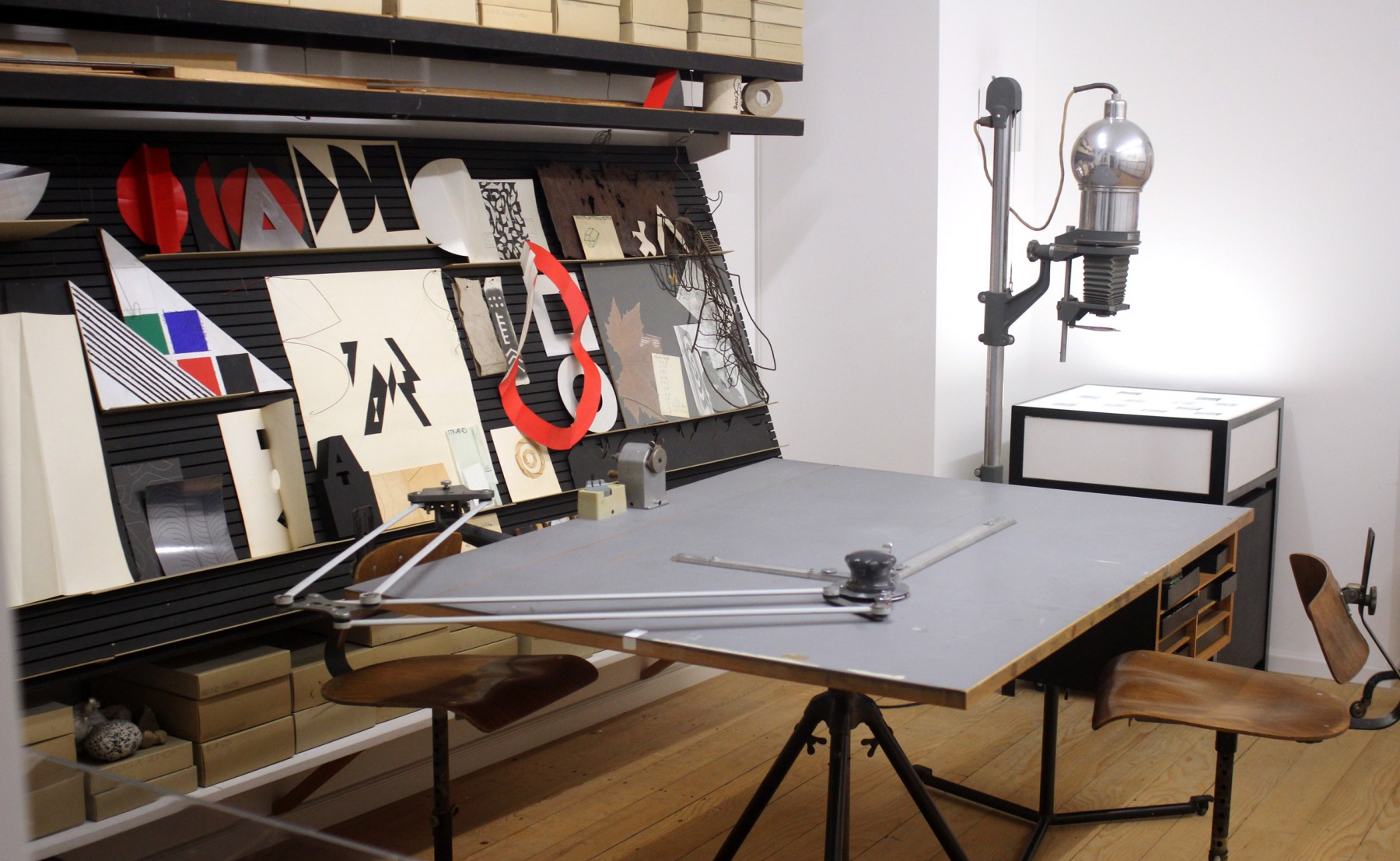 In the late 1960s, he gave up his career as a graphic designer to devote himself entirely to free art. The reconstruction of his workshop presents his obstinacy for geometric abstraction... dozens of boxes and drawers filled with small patterns, classified by sizes and colors... 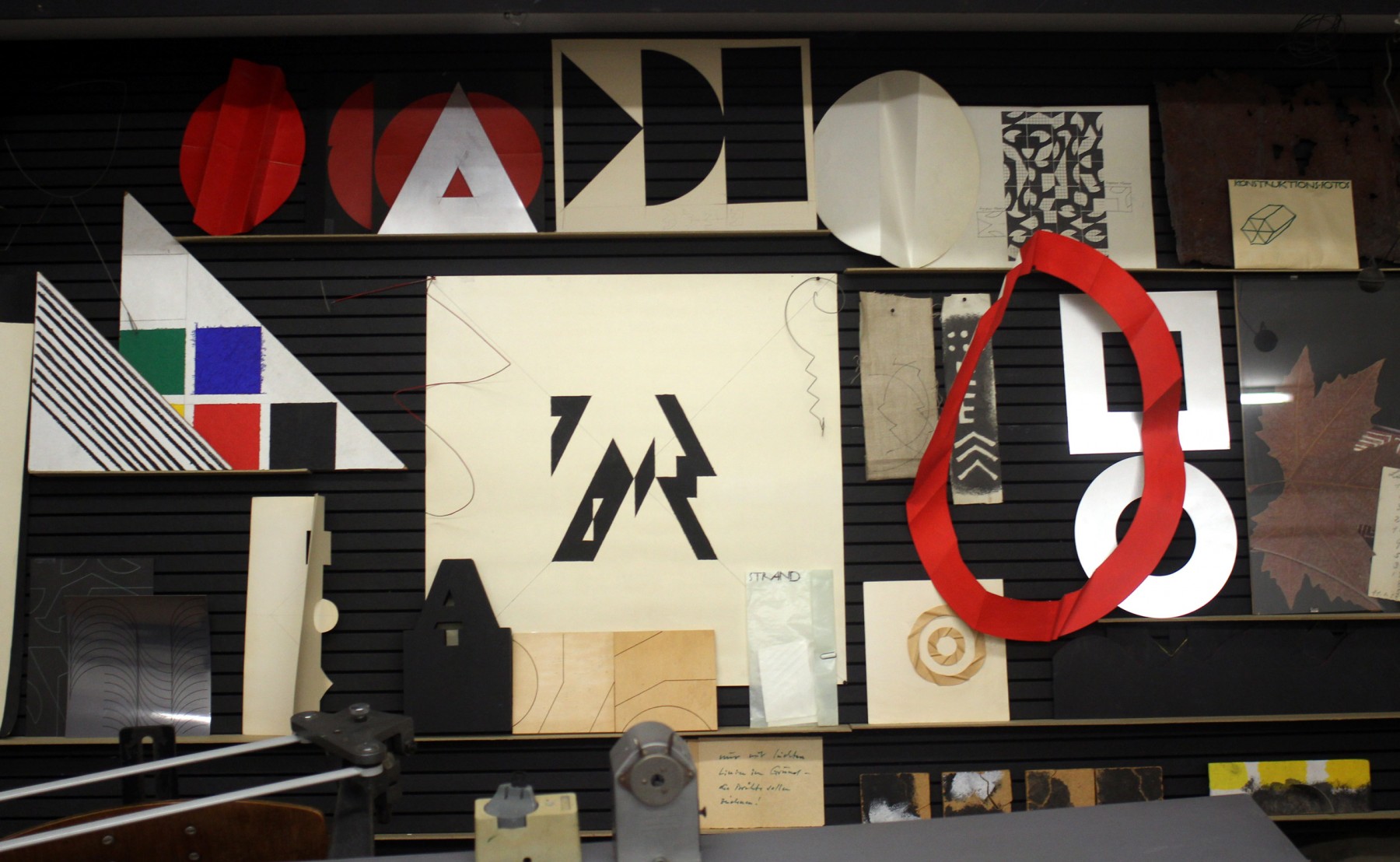 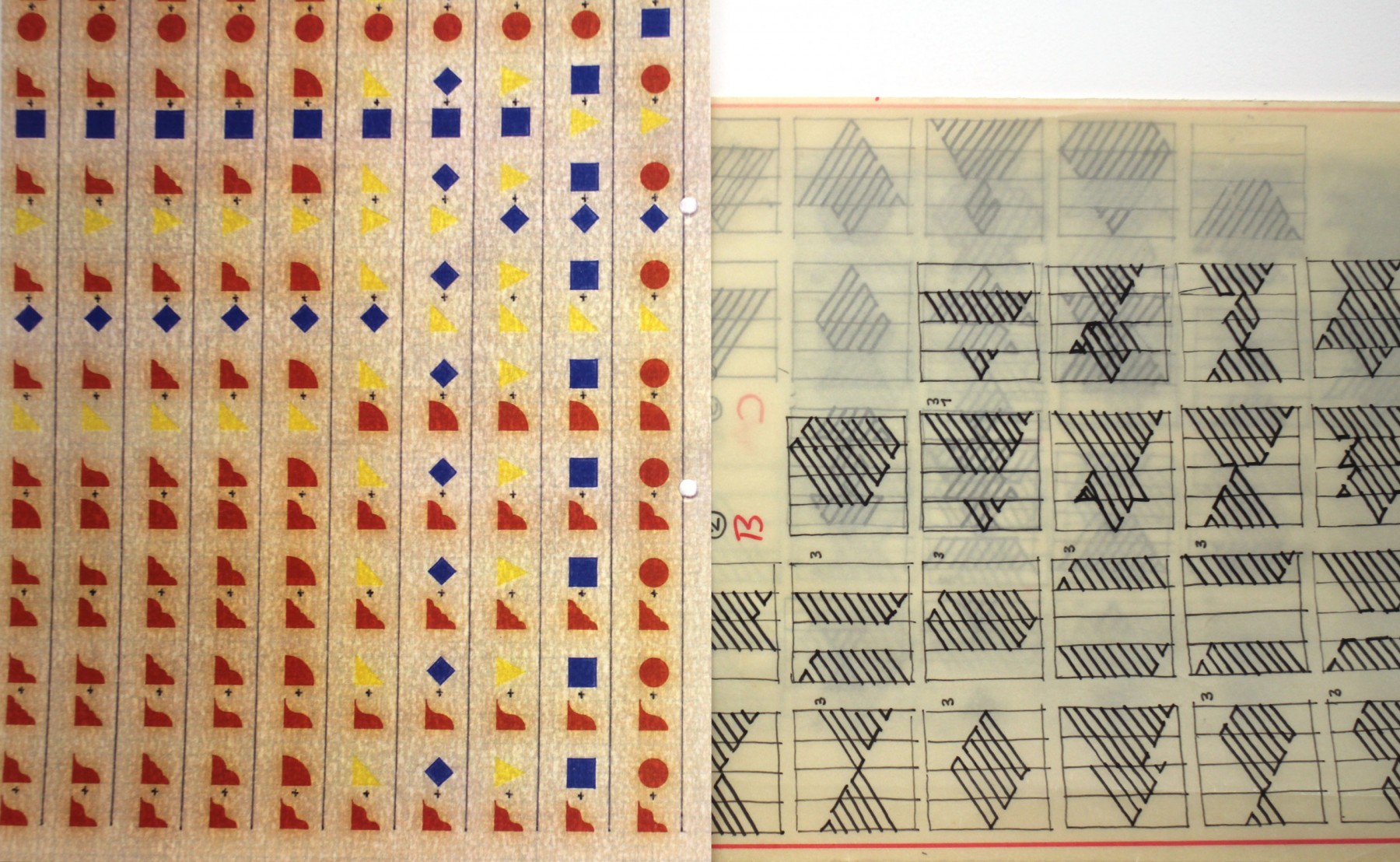 His work is based on the permutation of basic geometric shapes (circle, square and triangle) and the three primary colours (red, blue, yellow). When at the end of dozens of sheets of scribbled layers, he gets the perfect shape, then he attacks the canvas... 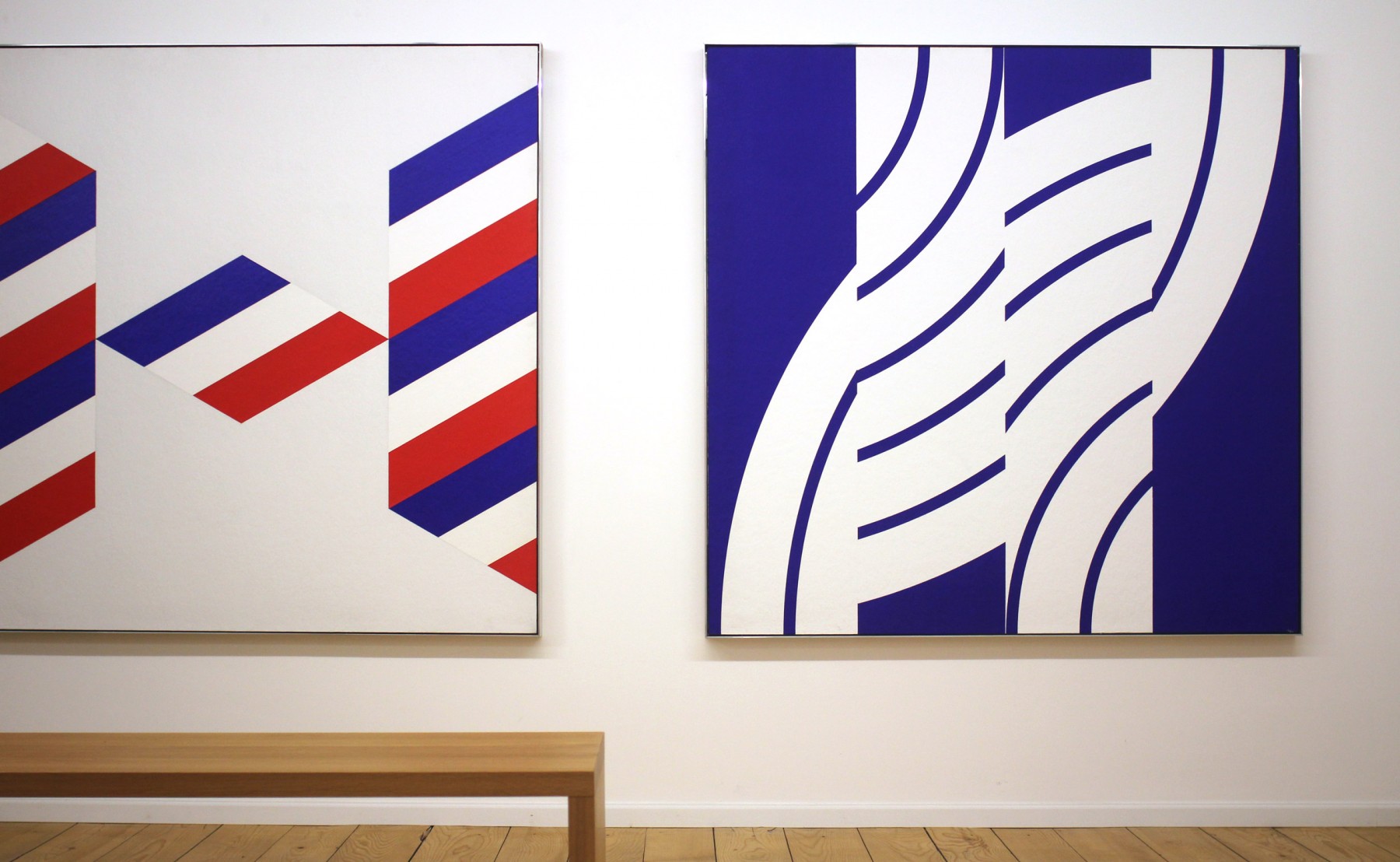 And in the middle of these geometric canvases, some more childish silhouettes... but still geometric! 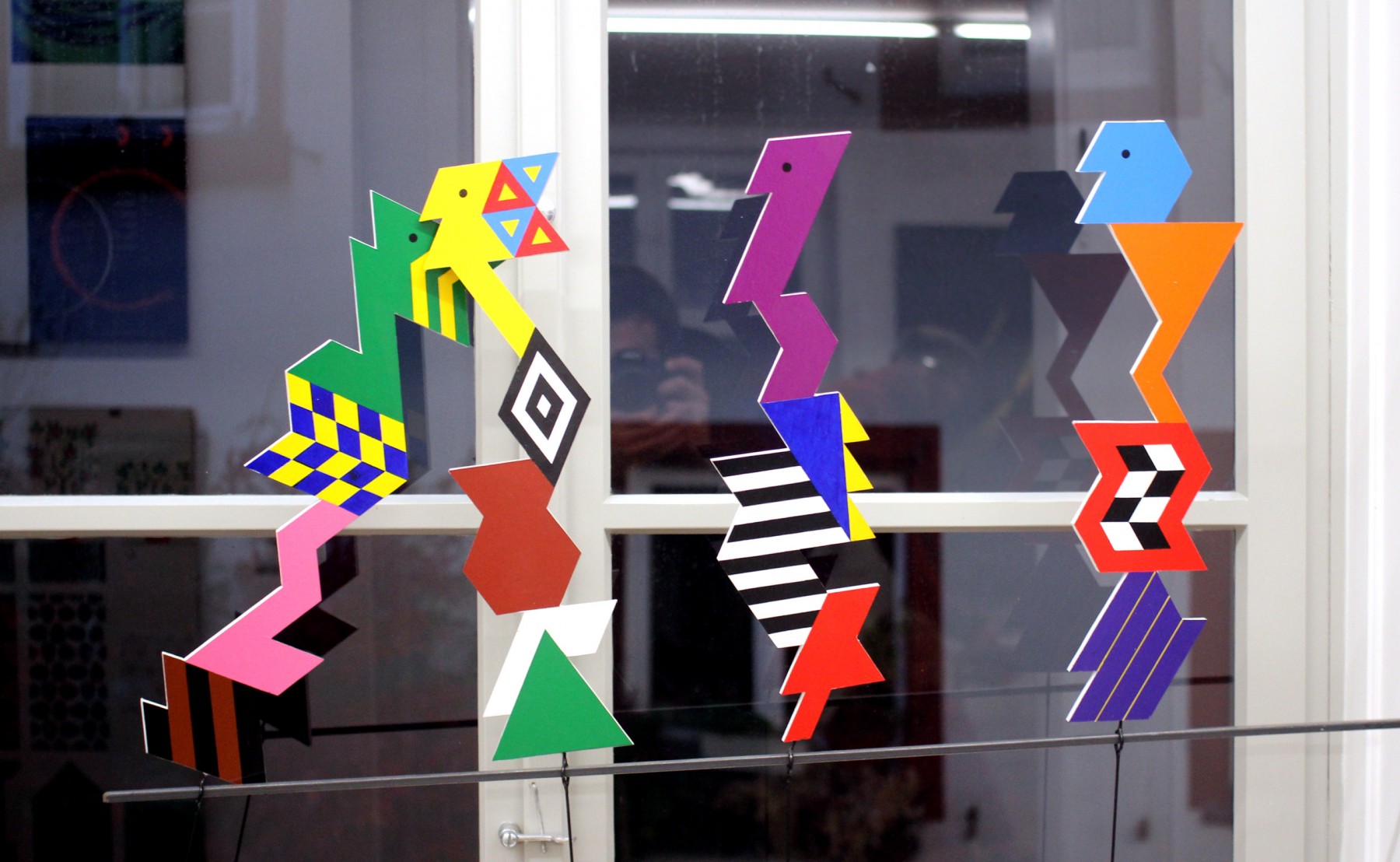 So, if you ever visit Basel, take a look over there: www.rappazmuseum.ch

PS: Here are some collages from his youth: "It doesn't look like it dates back to 1928!" (click on the thumbnails to enlarge) 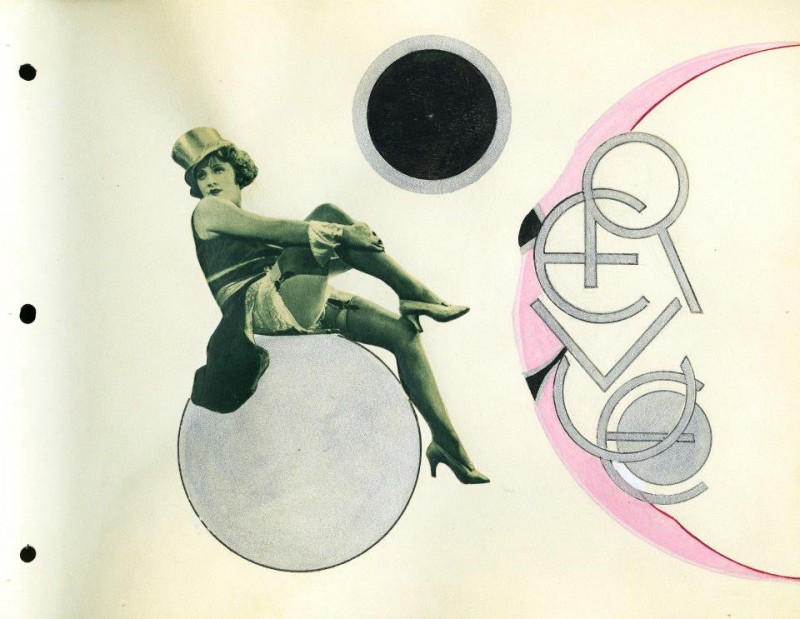 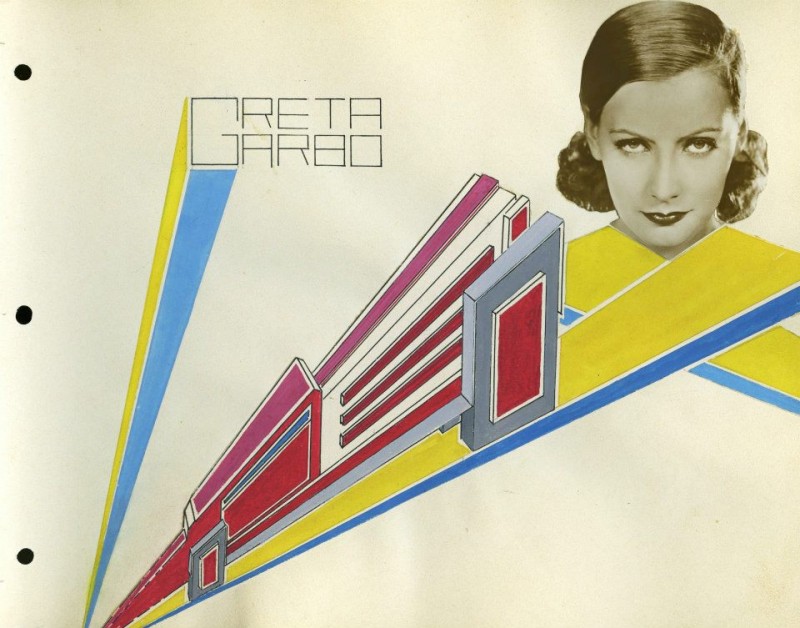 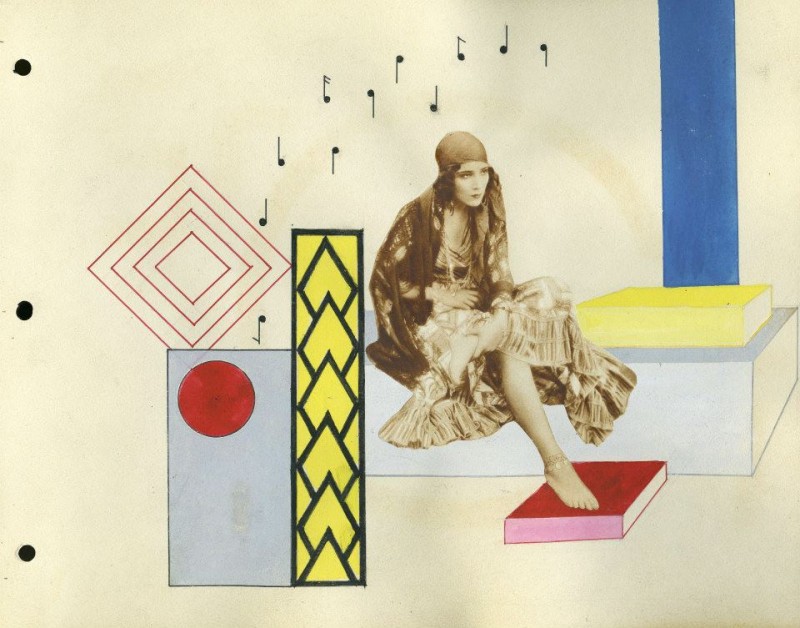 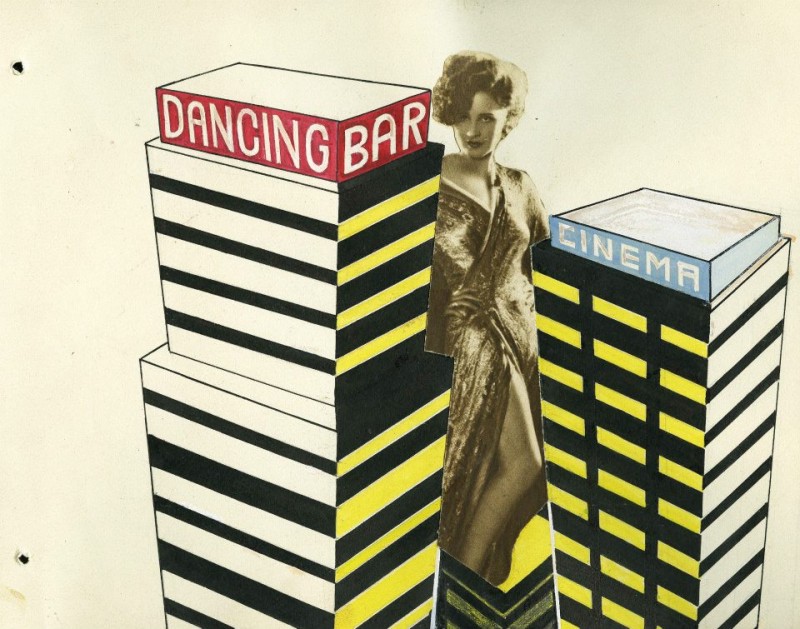 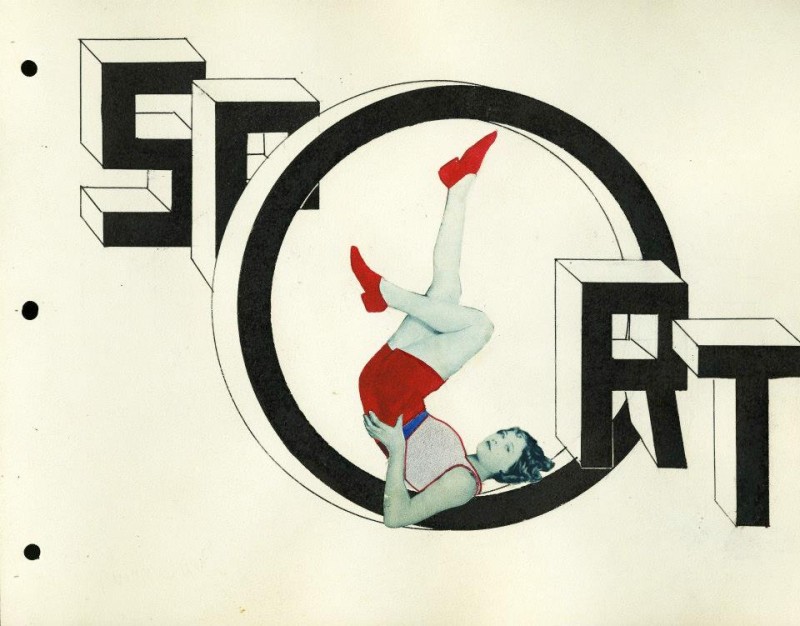 Herb Lubalin, the letter as an image 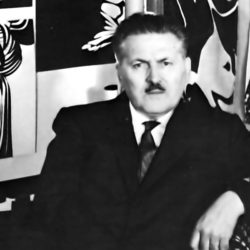