Brands and movies: a history of product placement

Product placement is so prevalent in movies and TV shows that it sometimes feels like giant ads in disguise. It's almost disturbing to be pulled out of a fictional story by the sight of a real product. Product placement reminds us of the economic needs on which the screen market is based, which does not hold back at the idea of being financed by brands, which gain visibility. In this race for views, some are more ingenious than others.

Product placement to attract an alien

Originally, in the 80's, brands would sometimes make their products available for filming, without any guarantee of on-screen appearance or contract, which ended up putting off many of them. The story goes that during the filming of E.T. in 1982, Spielberg's team had planned for Elliot to attract E.T. by throwing M&Ms at him, just like you would throw kibble at a cat (it also works for dogs or squirrels, so why not for an alien). But the Mars company refuses because it doesn't want to be involved in alien stories... Wrong! So they use instead Reese's Pieces from Hershey, which have the same shape.

The film team shoots the images rather discreetly, without officially advertising or close-ups on the product (this is called organic placement), and finally asks the Hershey company -which accepts- to financially partner up to one million dollars, for 6 weeks of promotion (5 packs bought, one E.T. t-shirt offered!). Then the magic happens on the screen. 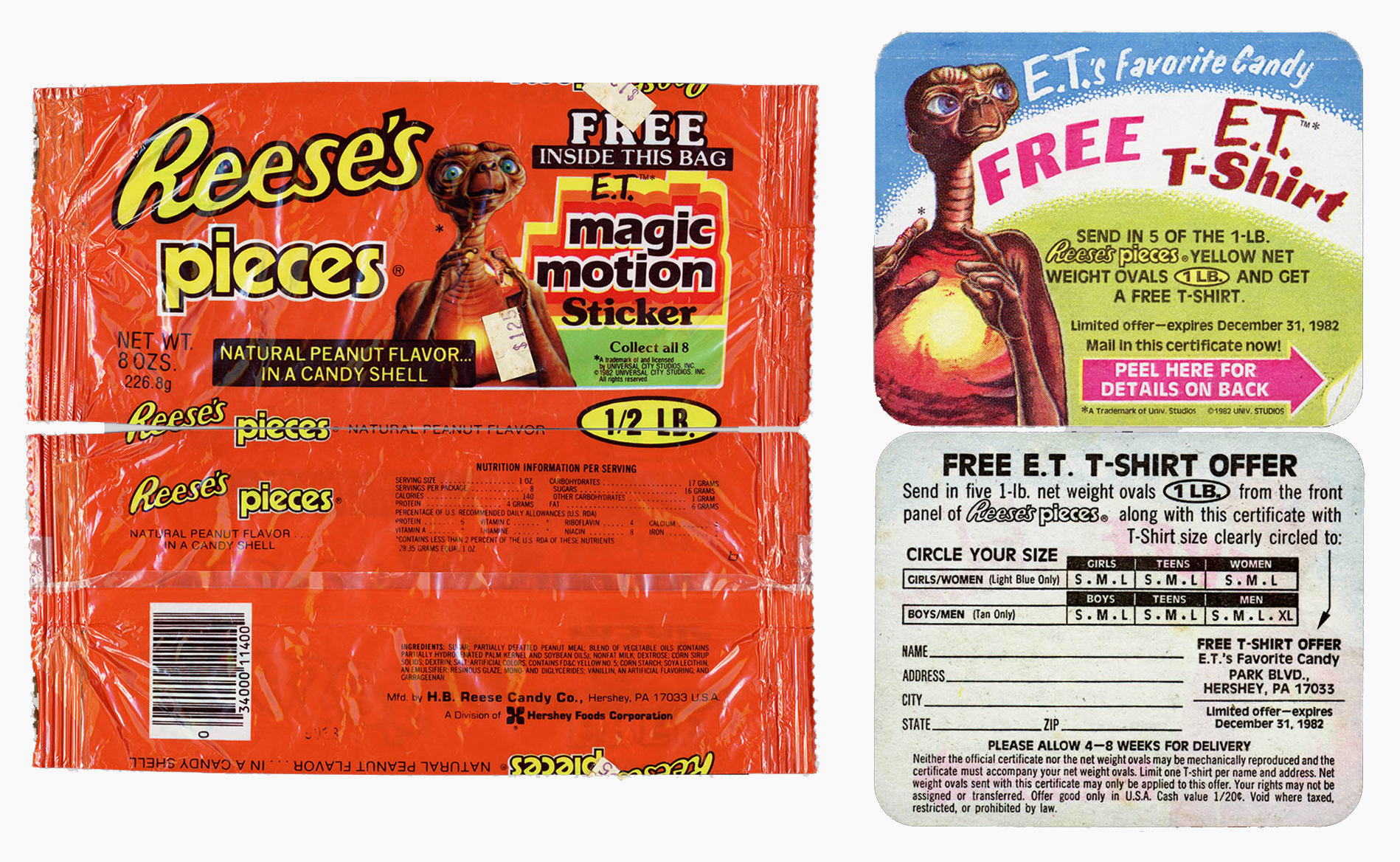 Cross-promotional campaign with product placement on Reese's Pieces packages at the time of the release of E.T. the Extraterrestrial in the United States in 1982 (source: collectingcandy)

Kids recognize the orange packages from the movie and rush out to buy them. After the movie's release, sales of the inspired peanut butter-coated candies soared 65% and surpassed sales of the market leader, M&Ms. The packages are now sold in theaters, and feature an E.T. sticker inside. In 2002, Reese's Pieces took over the advertising exchanges in the remastered version of the film, which is now cult.

The beginning of product placement agencies

Faced with the resounding success of this win-win formula, it is now the brands that are canvassing the films, which are flooded with proposals. Product placement allows to reduce production costs in a rather drastic and obvious way, and to save time for the team that always needs to find the adequate products for the sets. As a result, sometimes the placement is not even paid for by the brand, which does not necessarily need to be known either.

We learn in this article about product placement that Ray-Ban saw its turnover and its customers decrease before Tom Cruise wore the Wayfarers model in the movie Risky Business in 1983. The major advantage being of course that when the movie is a hit the brand is propelled with it, and for a long time. 360,000 pairs of the model worn by dear Tom were sold that year. 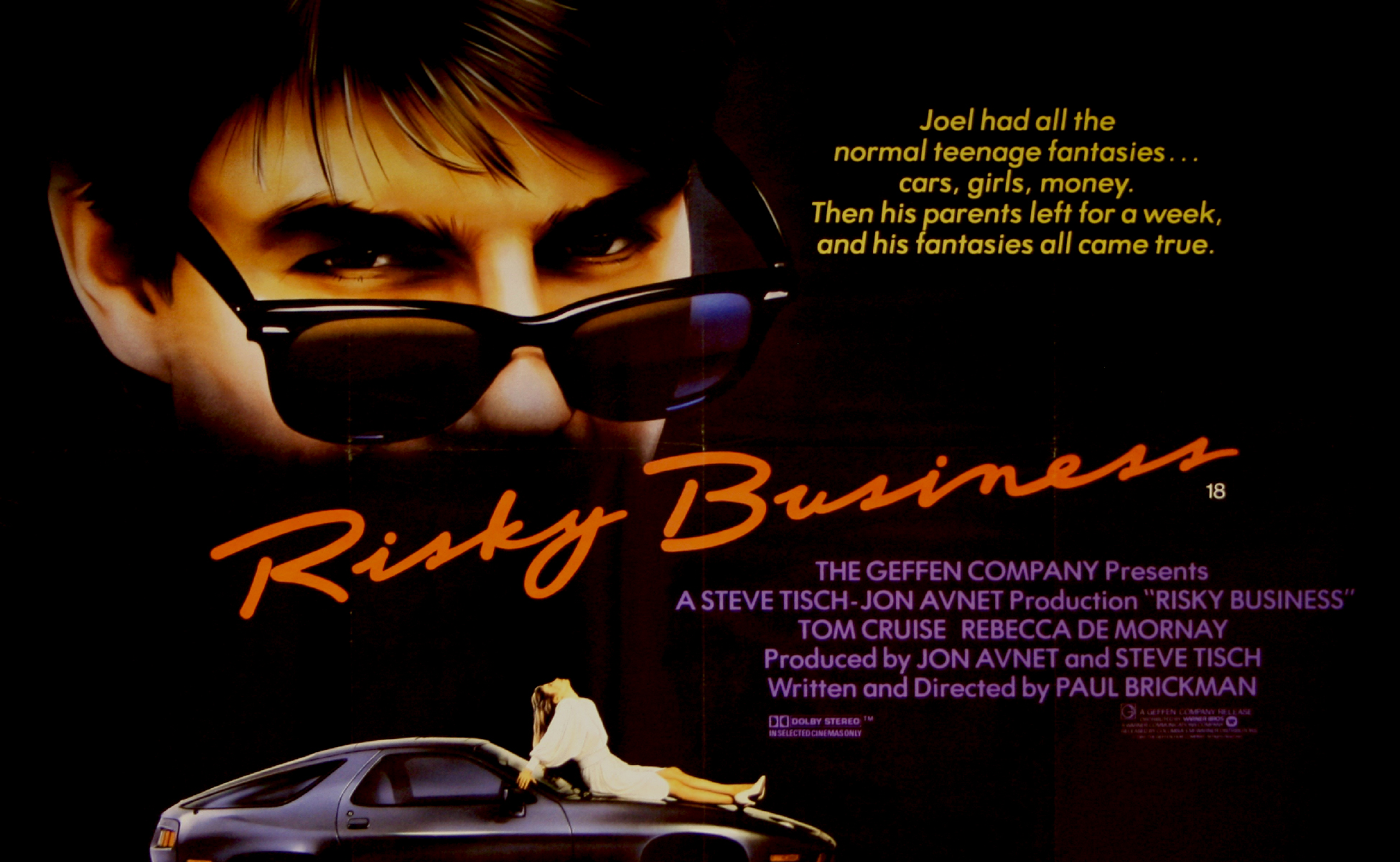 Then, it will be the new Aviator model to take flight on the occasion of the release of the movie Top Gun.

In the 90's and following similar successes, production companies started to sign contracts with agencies that offer a service with a catalog of products to the film crews. The films sometimes have so many products to integrate that they forget the finesse of organic placement, and end up by shooting a lot of still shots on the products in question.

The French series 10 pour cent speaks about it quite well today. In it, we see the agents of stars trying to place their actors but also the products, or even the actors of the series themselves answering the phone saying "yes hello, is this for product placement?" The method is however prohibited in Europe, but an authorization allows communication in France "in cinematographic works, audiovisual fictions and music videos, except when they are intended for children."

Products such as "alcohol, tobacco, firearms, drugs and baby food" are banned from promotion (brands are not allowed to pay for visibility), but the director is allowed to put whatever he or she wants on screen as long as it's a donation, the CNC explains. Today, the Product Placement Impact tool estimates that the method remains 4x more profitable than an advertisement. Still, the theaters must be open... but that's another problem.

When the brand finances the silver screen.

During the 2000s, the positioning of brands on screen took a new turn with the integration of the product directly into the script, in exchange for very juicy contracts. This is called brand integration. Under infusion, the series or the movie diffuses drop by drop images in which the products are an integral part of the decor, in a much less subtle and organic way.

Today, we come to create shared production contracts between the producer and the brand that finance the film together. The brand thus benefits from an already well established reputation and is given a great opportunity to be featured in a film or a successful series. A luxury reserved for the biggest.

However, the problem is that the majority of today's successful series take place in another era or in a fictional world (Game of Thrones, Umbrella Academy, Stranger Things...). You have to be clever to position yourself in such a platform and seize this marketing opportunity.

Coca-Cola has succeeded in a rather original product placement in the 3rd season of Stranger Things (which has made 40.7 million views on Netflix). The brand relaunched a 1985 edition of "new coke" cans for the occasion (which caused an uproar at the time, in less than 80 days on the market) and slipped it into the series, which takes place at the same time. 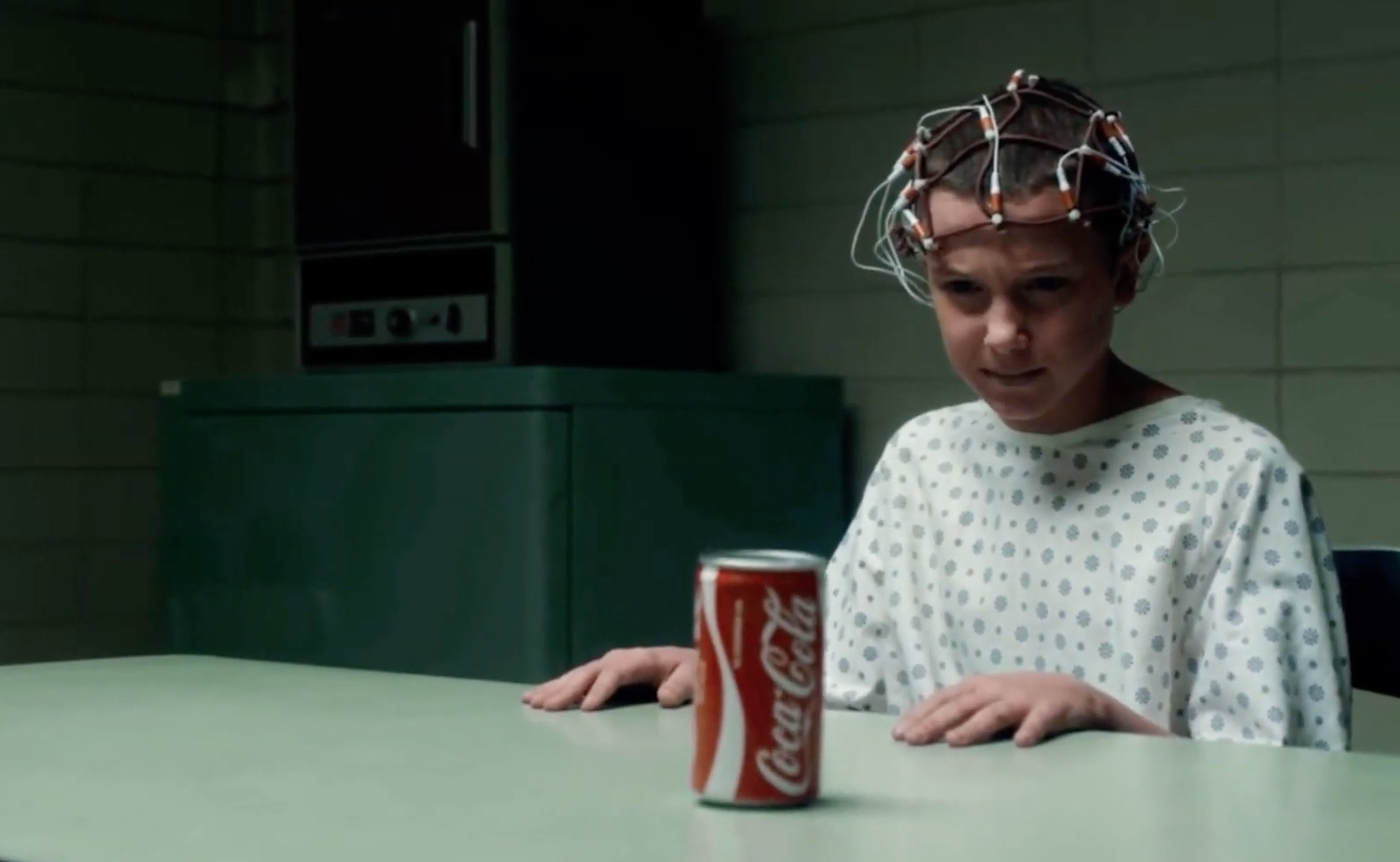 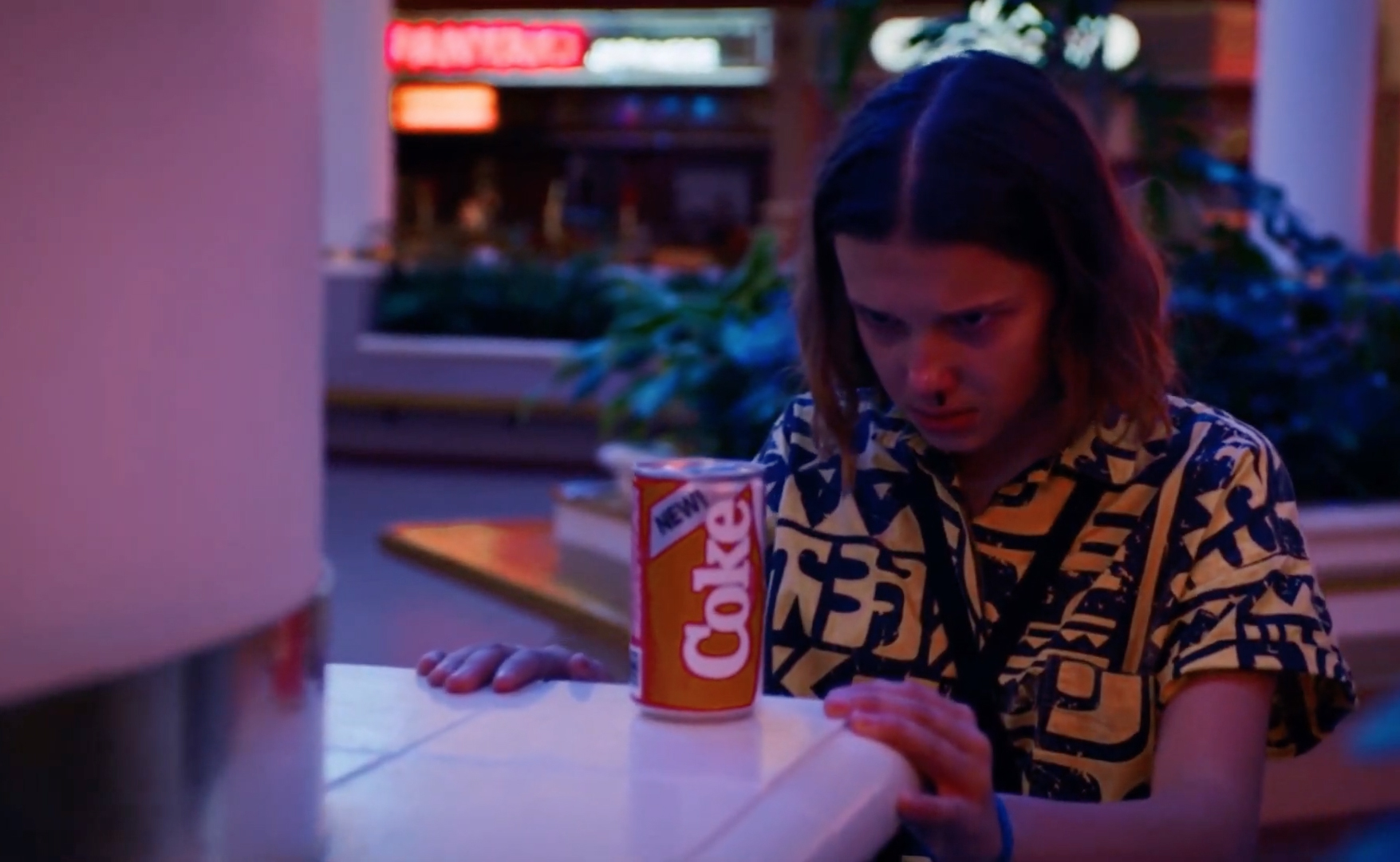 In addition to the numerous shots in which we see the red cans, the placement is accompanied by a whole awkward dialogue of several minutes in which two characters argue about the taste of the drink "sweeter, more daring". A dialogue which, we can see, is a simple advertising pretext since it adds absolutely nothing to the plot.

Faced with this not-so-subtle hammering that increasingly irritated the public, some preferred to laugh at the situation, or to trick it. In the 90s, product placement became more and more obvious and less and less organic. Where brands used to seem integrated into the lives of the characters, they now clearly seem added.

To make an open criticism, through irony or cynicism

Overwhelmed by the requests like many others at the time, the movie Wayne's World made a memorable detour in 1992. "I'm not going to bow to any sponsor" Wayne (Mike Myers) ironically says as he opens a Pizza Hut box, a slice of pizza in his hand. And his best friend Garth, branded Reebok from head to toe, continues: "It's like people only do things for the money, and that's really sad".

This sequence that makes a mockery of product placement will have a phenomenal impact. The offbeat humor of the scene makes it a cult moment in cinema, and the brands mentioned remain engraved in the minds of the audience, precisely because for once, it's not just heavy: it's funny.

Threatened with having to accept the rules of a contract with brands and having to make a choice, Wayne retorts: "yes, and it's the choice of the new generation", by taking a big sip of Pespi, whose slogan it was at the time. Pespi which offered Michael Jackson (and a lot of children - sorry, that's heavy too) in its commercials to sing its praises.

In Fight Club, Jack (Edward Norton) gradually detaches himself from consumer society and cynically states that he has become "a slave to the Ikea nesting instinct" (product placement) whose apartment becomes a catalog, as the ultimate goal to accomplish in his life. He eventually sets fire to it, and tells Tyler about the loss. "I was almost accomplished," he says, to which Tyler responds "never be accomplished" and then "the things we own eventually own us."

Throughout the film, brands are criticized or trashed (like the BMW) for what they represent in the eyes of society. Physical destruction of brands and open criticism of consumerism, okay, but advertising all the same. An absurd and brilliant process that makes you think and that would not have had the same impact with fictitious brands.

Because to define their own rules and stay in the game, some decide to do product placement with fictitious brands. This is what Quentin Tarantino regularly does in his films. One thinks in particular of Red Apple cigarettes, which we see not only in Pulp Fiction, but also in Kill Bill, the 8 bastards and which has a whole ad in Once Upon a Time in Hollywood... 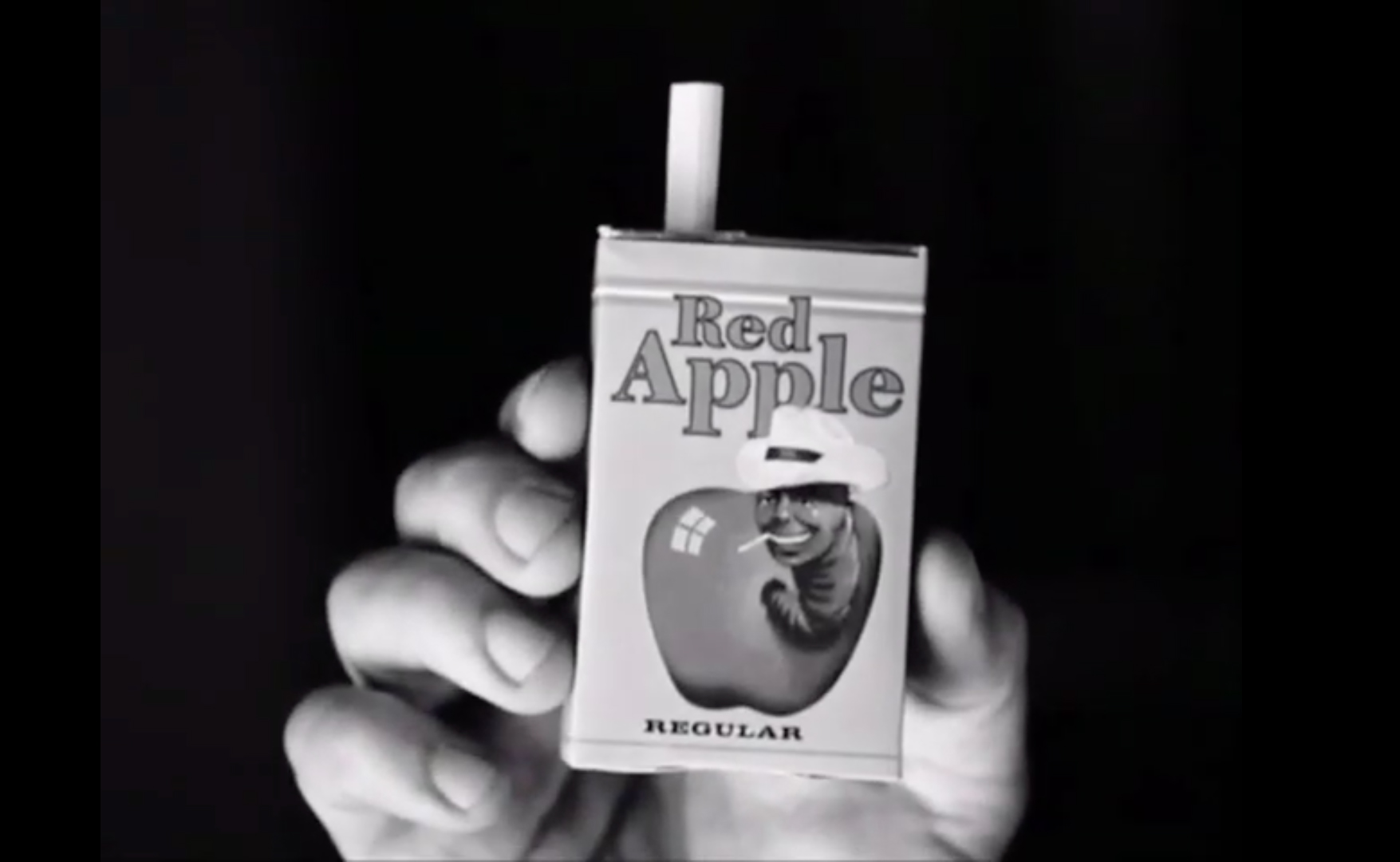 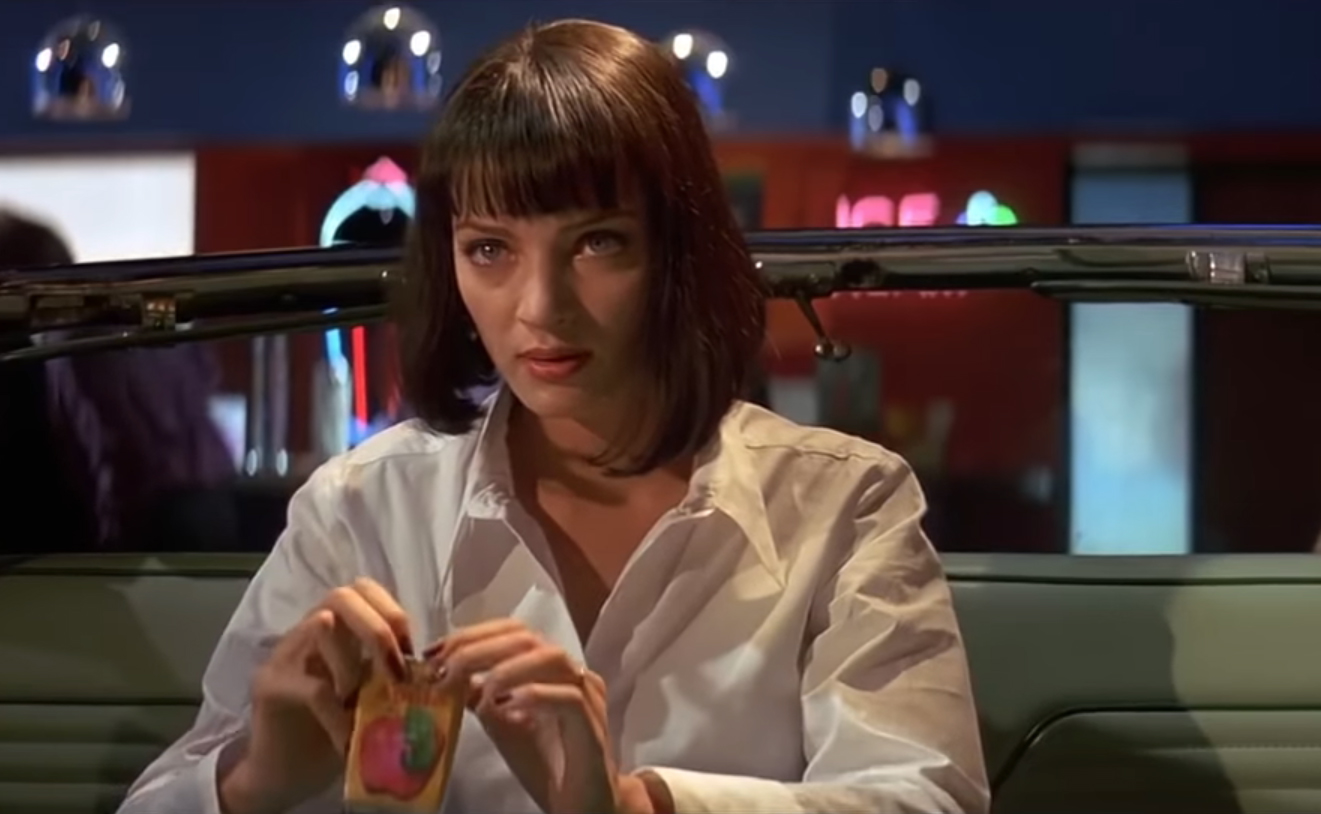 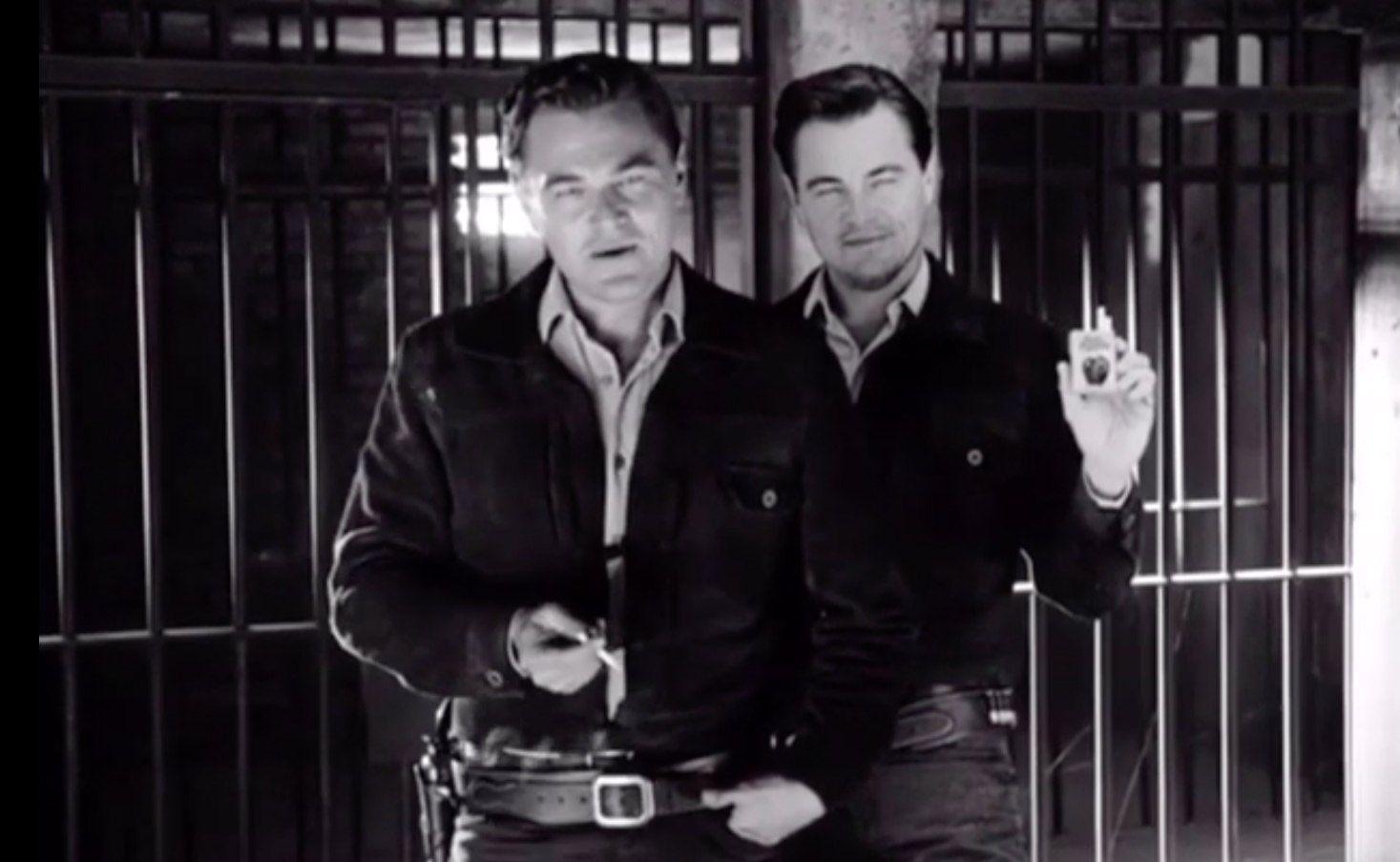 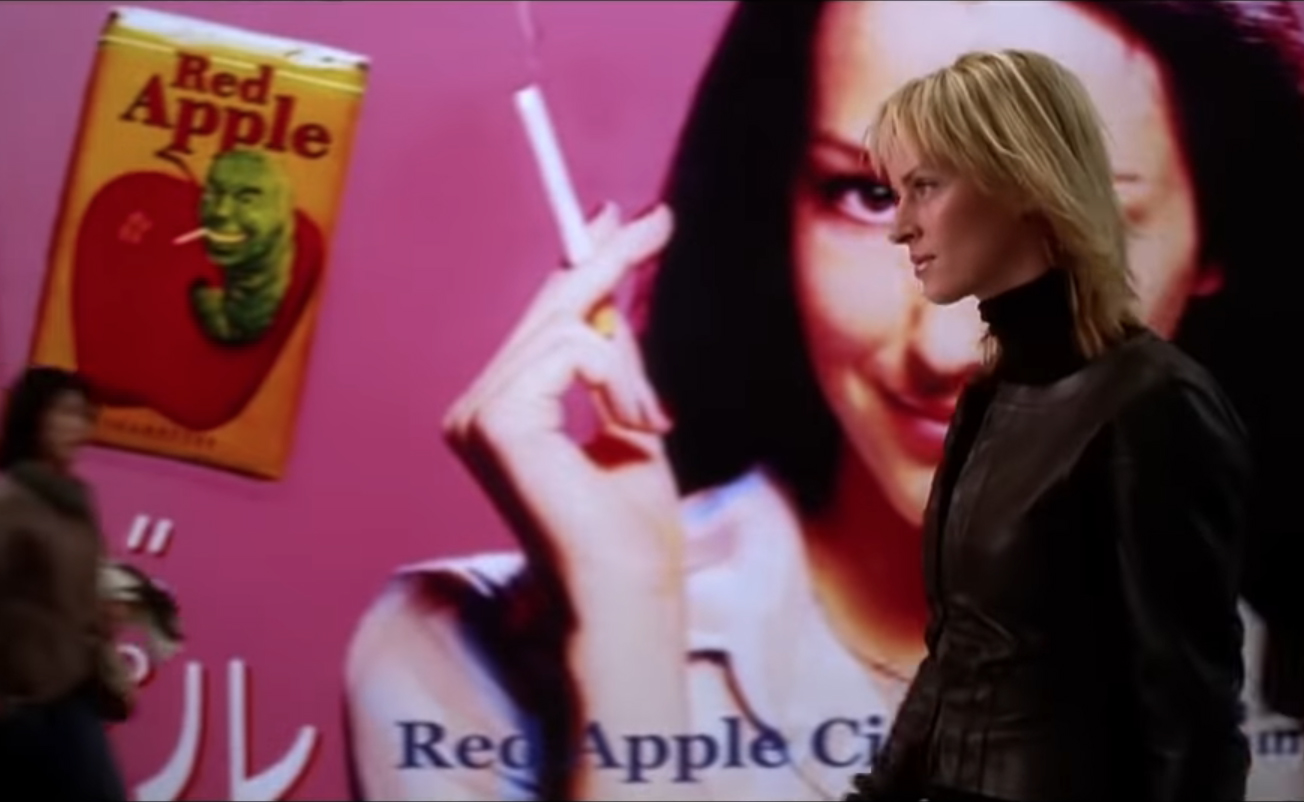 The Big Kahuna burger is also a made-up brand, appearing in Pulp Fiction, Death Proof, Four Rooms and Reservoir Dogs. The fictional brand can cross eras and films without too many constraints. It is also used to assert independence or detachment from a system.

From the screen to real life

These fictional brands have such an aura that you can buy replicas of Red Apple on Etsy, and a Fat Sal's brand restaurant even created a short-lived Big Kahuna Burger in 2019. 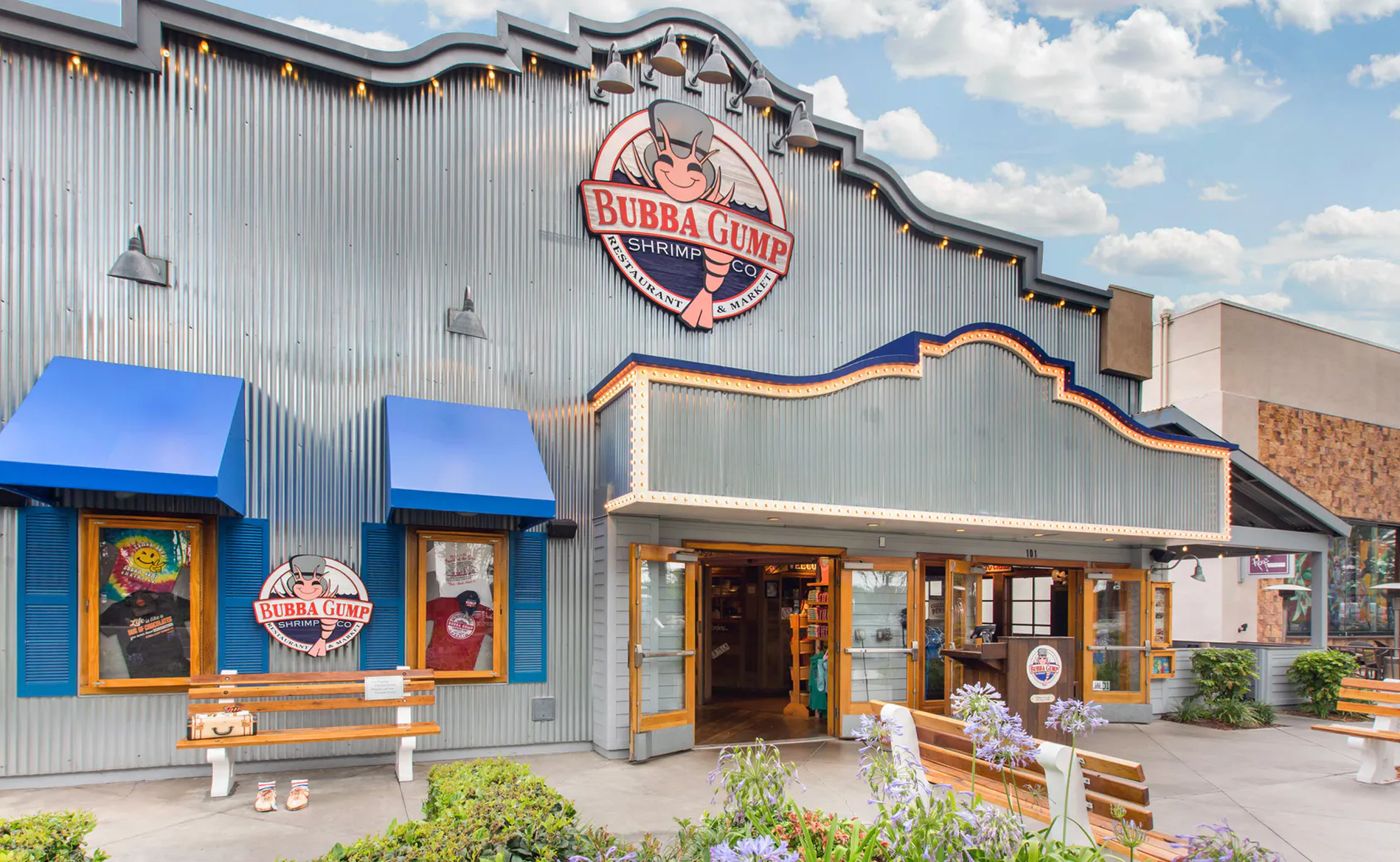 Willy Wonka and the Na'vis

We can also briefly mention other edible brands such as chocolates and other sweets inspired by Willy Wonka's chocolate factory. The first real Wonka confectionery to see the light of day was first marketed by Quaker Oats in 1971. Unfortunately, it wasn't a chocolate bar, as Quaker couldn't create a bar that didn't melt, but a crunchy bar and peanut butter covered candies (sound familiar?).

The products were released a month before the movie: the Super Crunch Bar and the Peanut Butter Oompas, but the movie was a semi-flop and the products were forgotten. In the meantime, in 1988, the brand is bought by Nestlé, which associates itself with the 2005 movie and arranges to release this time bars identical to those in the movie.

Tablets from the 1971 movie Charlie and the Chocolate Factory

Tablets from the 2005 movie Charlie and the Chocolate Factory

The Wonka candy shop logo evolves over the years under the wing of Nestle (we're not too sure about the order of the logos) to finally become Neslté Candy Shop in 2015 and lose the name of its worthy fictional founder.

And while we're on the subject of Charlie and the Chocolate Factory, a restaurant inspired by the film will open in 2020 with the Ephemera team, from the Paul Bocuse Institute. After the closure of the first one, she opened since 2021 a second ephemeral restaurant in Lyon: Athera, also inspired by a movie. The theme chosen this time is Avatar, with a room and a kitchen that stimulate the 5 senses around the universe of the film.

We are told that the next theme will be the underwater world. So, 20,000 leagues under the sea, Jaws or rather Big Blue? 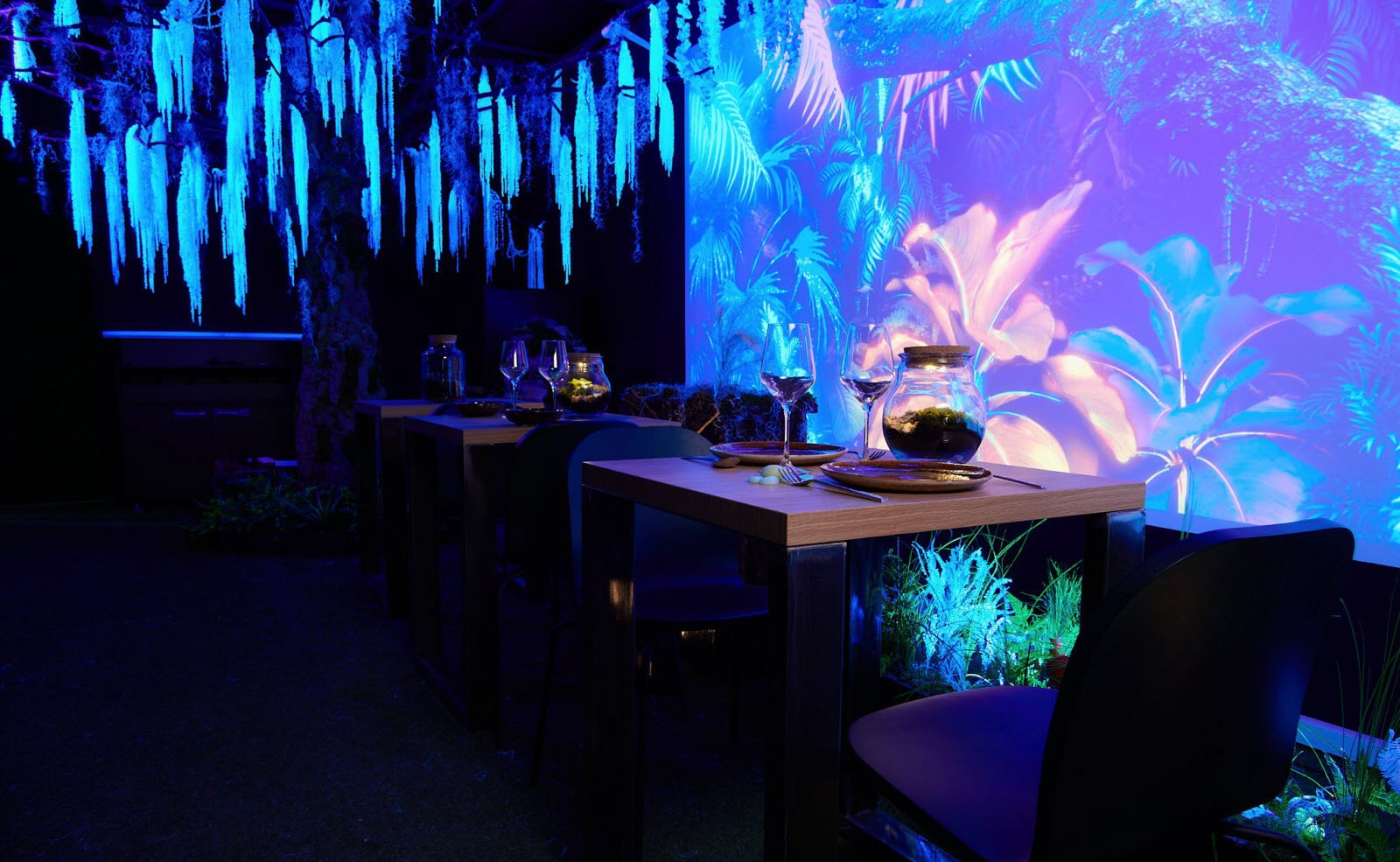 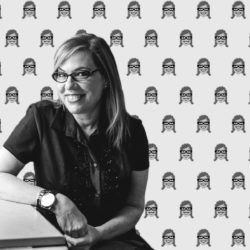 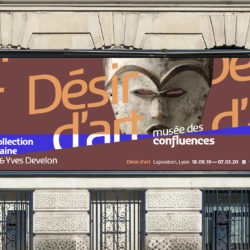