Recently walking through the great gallery of Mineralogy and Geology of the National Museum of Natural History in Paris, we discovered the fascinating collection of the 200 "image stones" of Roger Caillois, which we highly recommend you to visit. 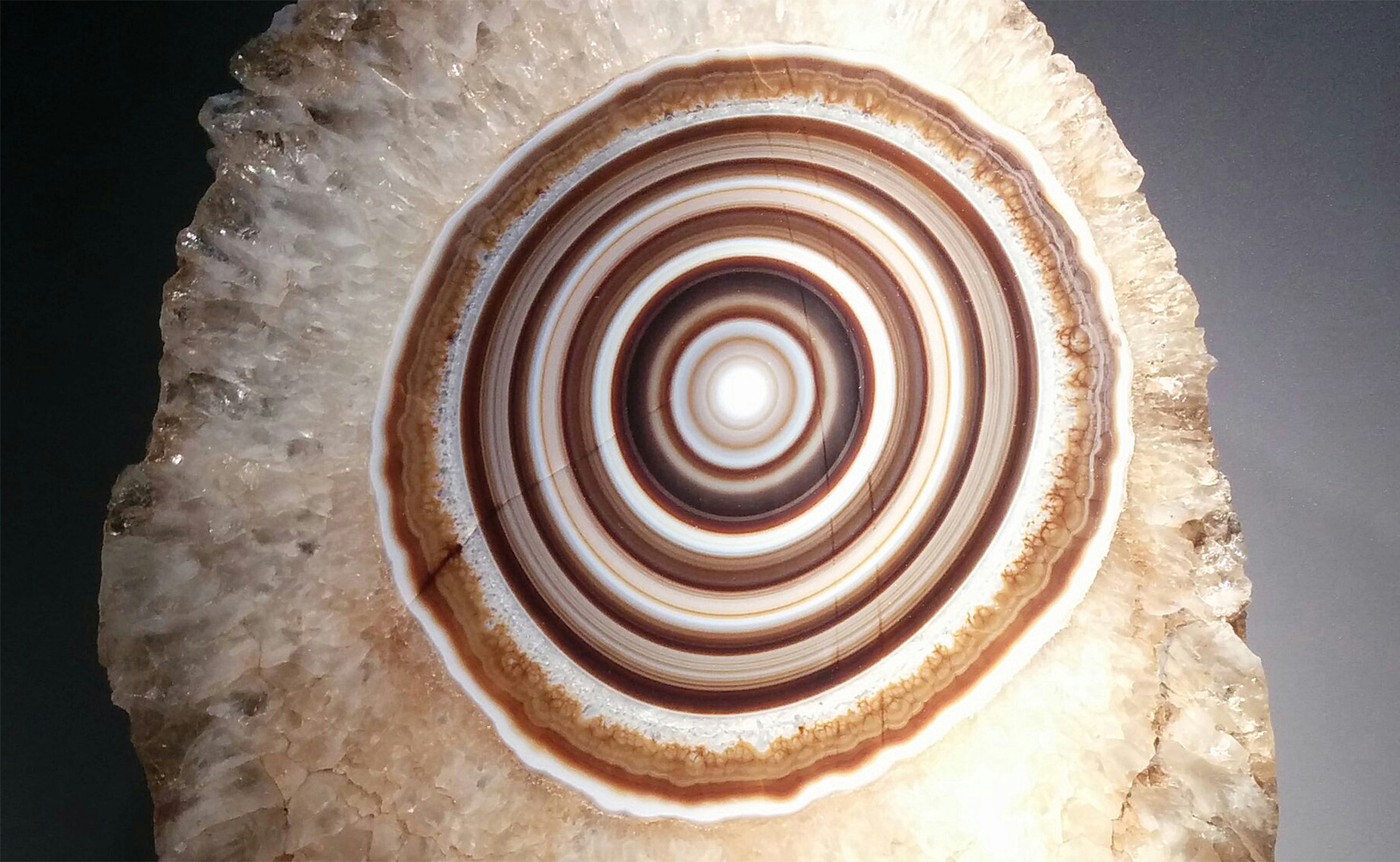 The science of stones and dreams

Graduate of the Ecole Normale Supérieure, writer, director of the Literature Division at UNESCO since 1948, founder of the College of Sociology and the French Institute of Buenos Aires... this passionate about stones (but also of insects, butterflies or octopuses) nevertheless wanted to be remembered as a poet. All his life and in his numerous books he tried to understand the mechanisms of the imagination and of the living -which he called "natural fantasy"- through a scientific approach and by creating connections between all kinds of subjects, as "a science of sensations".

This strong interest in imagination led him to join the surrealist movement between 1932 and 1935, and to let himself be carried away by the fascinating contemplation of image stones, "older-than-life" gems whose slices create landscapes, portraits, and geometric shapes that lead to reverie and transport us out of time. Roger Caillois wrote a book about them, La lecture des pierres, which is accompanied by his previous texts Pierres, L'Écriture des pierres and Agates paradoxales. Caillois believed that the contemplation of these stones or other living matter leads us to grasp, thanks to our imagination, the "general syntax" of the Cosmos common to science and magic, linking imaginary subjectivity to empirical objectivity... 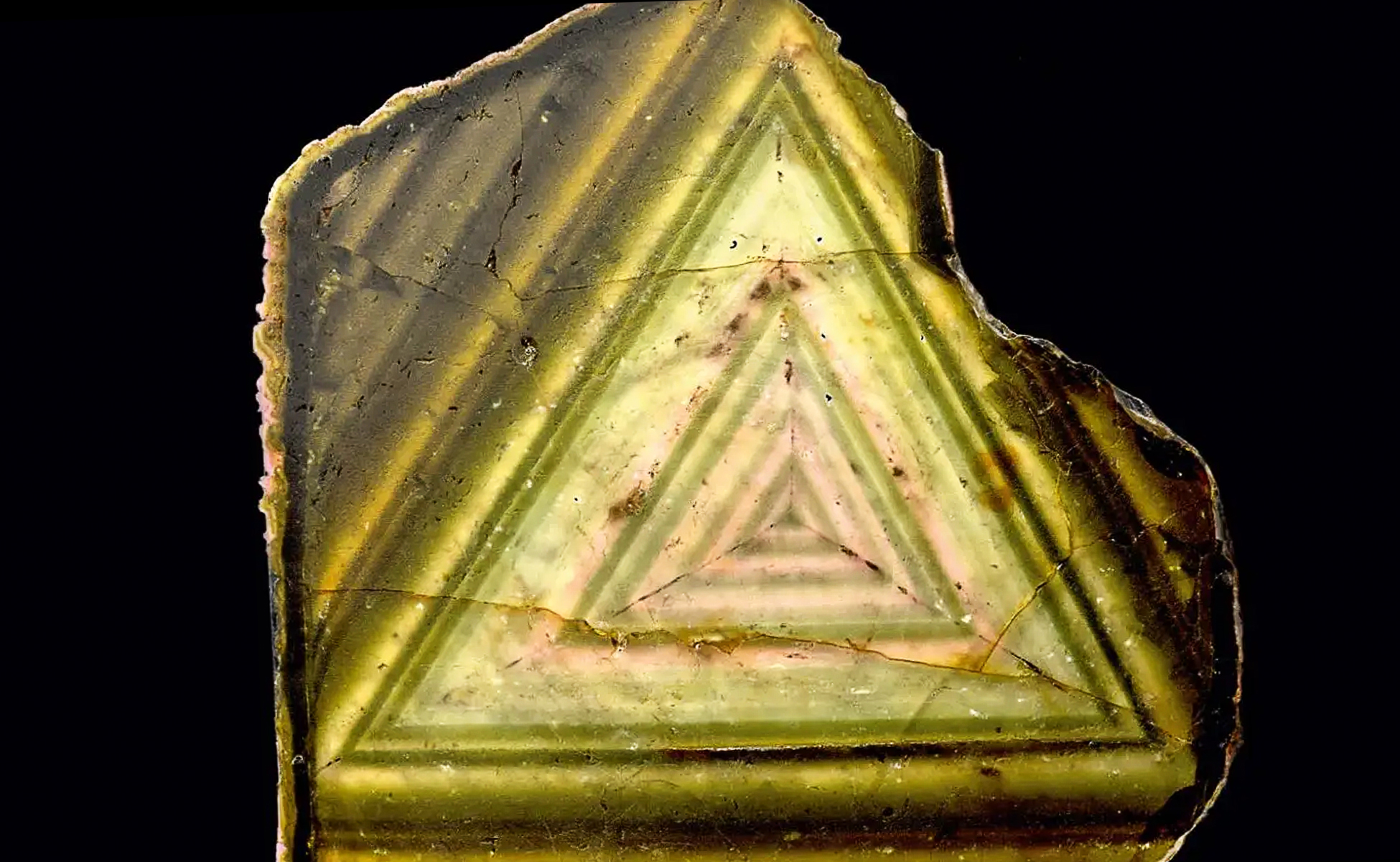 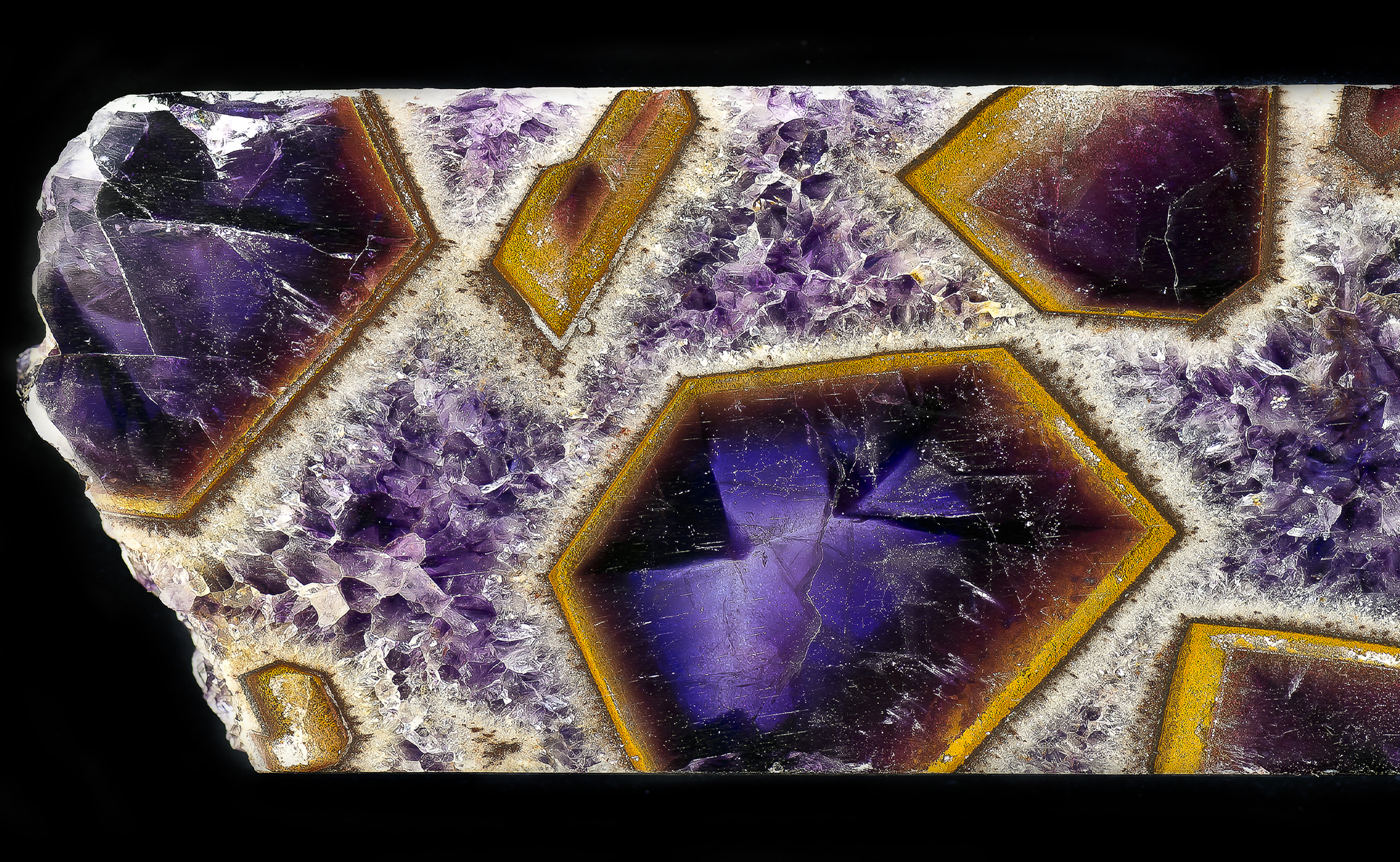 In a 1974 interview, Caillois tells that wathcing the comforting and limpid perfection or the geometrical shapes of such stones dwells human beings into an extatic state, invinting them to a static journey, what the Chinese poet Mi Fu calls a "mystical hike". Caillois speaks about the "random, blind and mechanical " beauty of the mineral world, which unintendedly creates almost living forms that one has fun guessing. A fascinating art that has nothing to do with art, since these curious patterns are created by nature and not by the human hand. "One reads the drawings of the stones in the same way that children have fun reading the shapes of the clouds or the bark of birches or beeches, or that Leonardo da Vinci advised painters to interpret the stains of mold and the cracks in the walls". 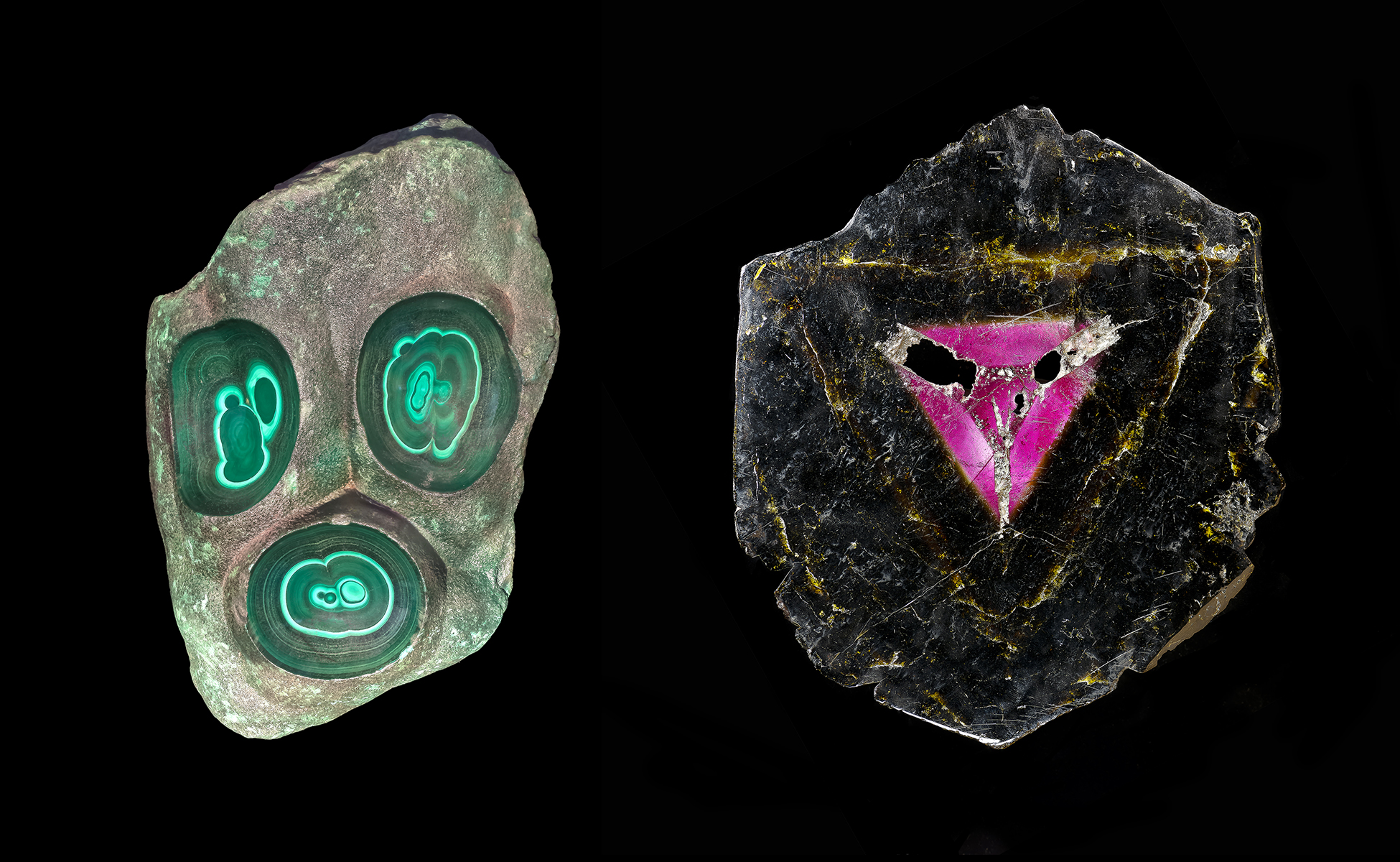 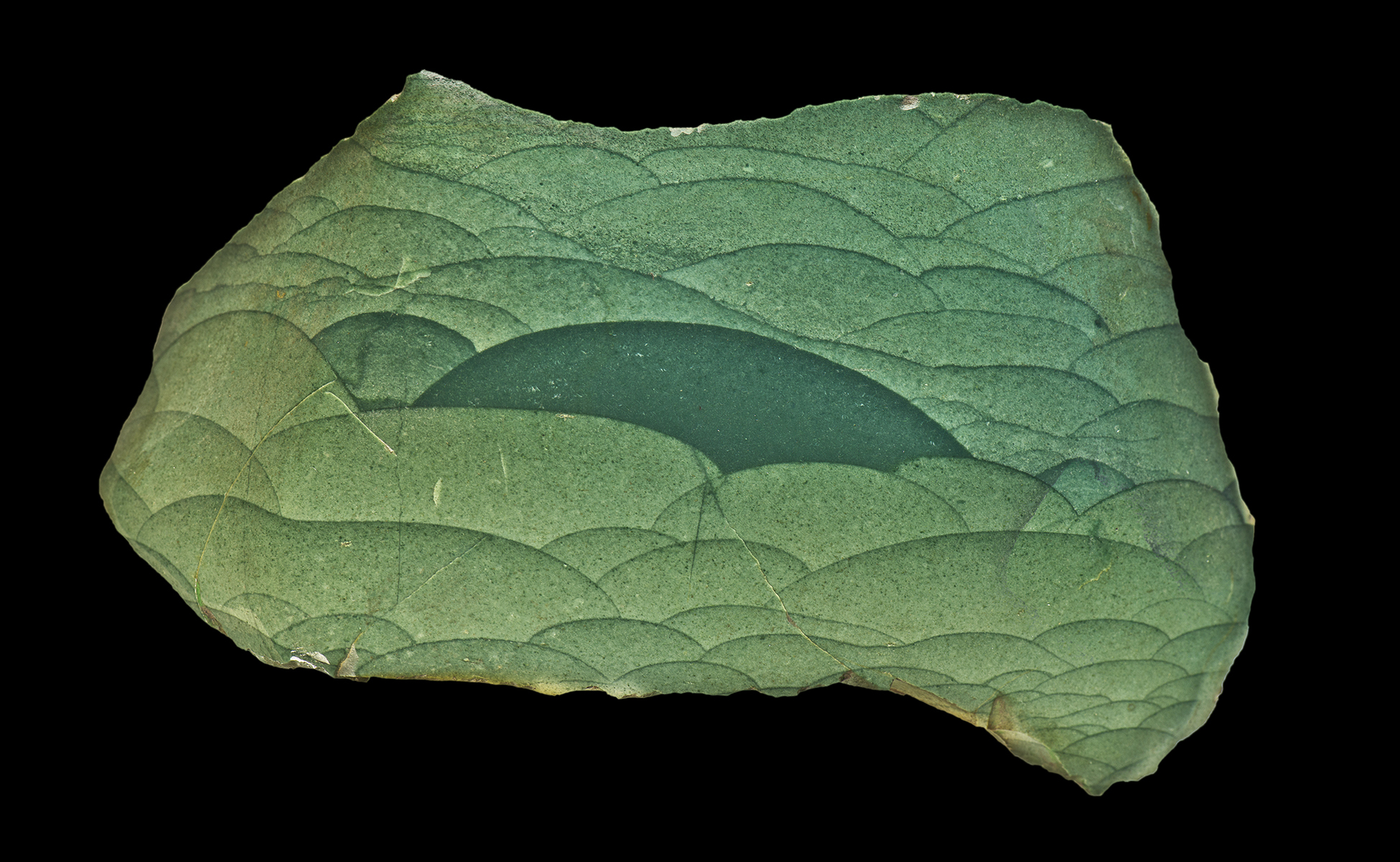 Some stones evoke blurred landscapes, like the Chinese "dream stones". Pigmented with iron oxides, they come from the marble quarries of Yunnan and have been collected since the 18th century. They naturally draw misty landscapes that incite daydreaming. The dream stones are sometimes accompanied by a poem (as below), used as a support for meditation by Taoists, or still embedded today in the homes of the wealthiest Chinese. 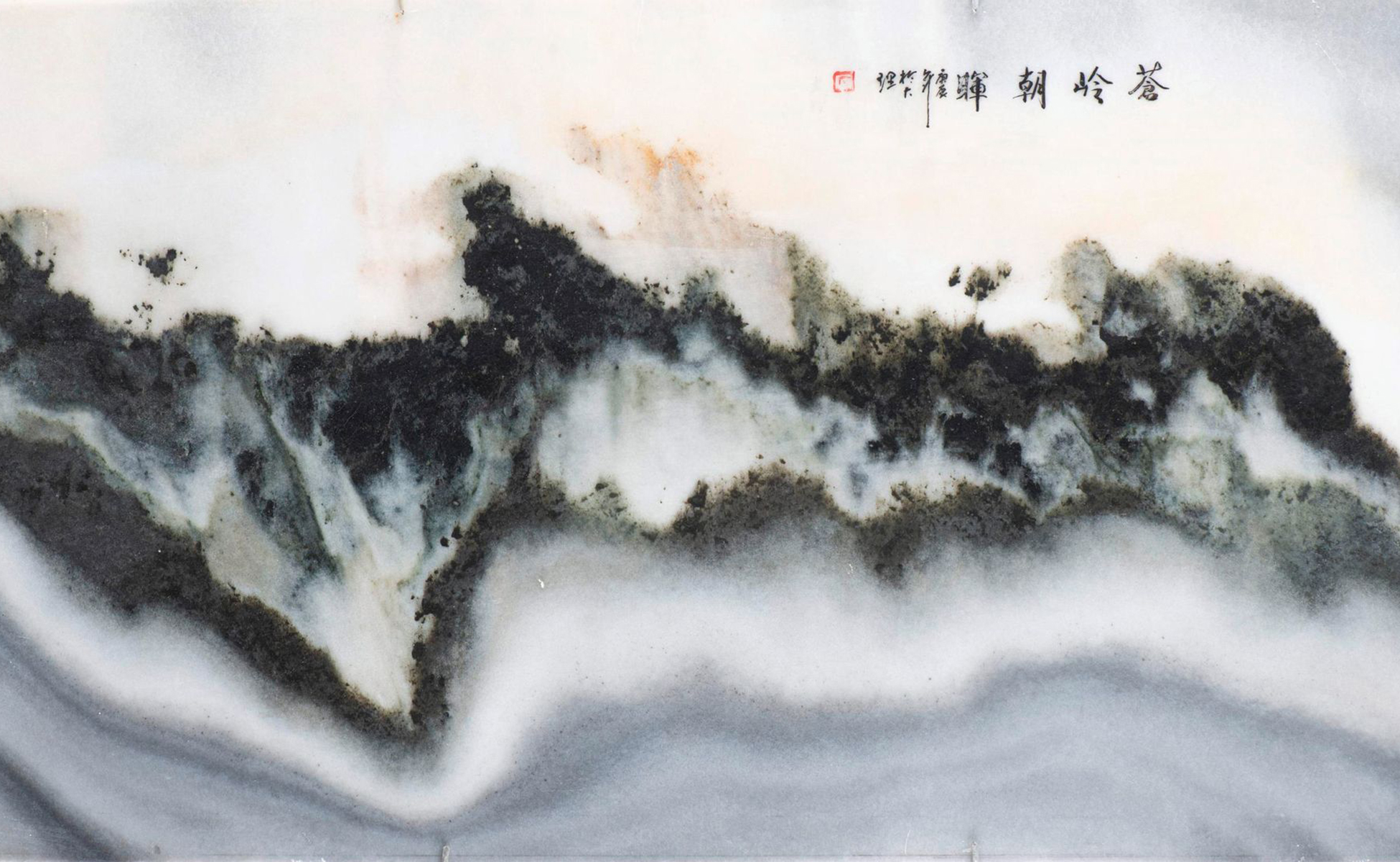 The paesines (from the Italian paesaggio, landscape), known as "marble ruins" of Italy, draw landscapes with cliffs, characters, caves or streams with a striking precision. They have been known since Ancient Greece but had their heyday during the Renaissance: collectors loved their imaginary landscapes and these natural pieces found a place of choice in the cabinets of curiosity. Artists sometimes collaborated with nature and painted characters to these mineral phantasmagorias, while others cut out selected pieces and added them to larger works in stone marquetry, the "commesso fiorentino". Below are Italian paesinas of the seventeenth as it is, or painted with mythological scenes. 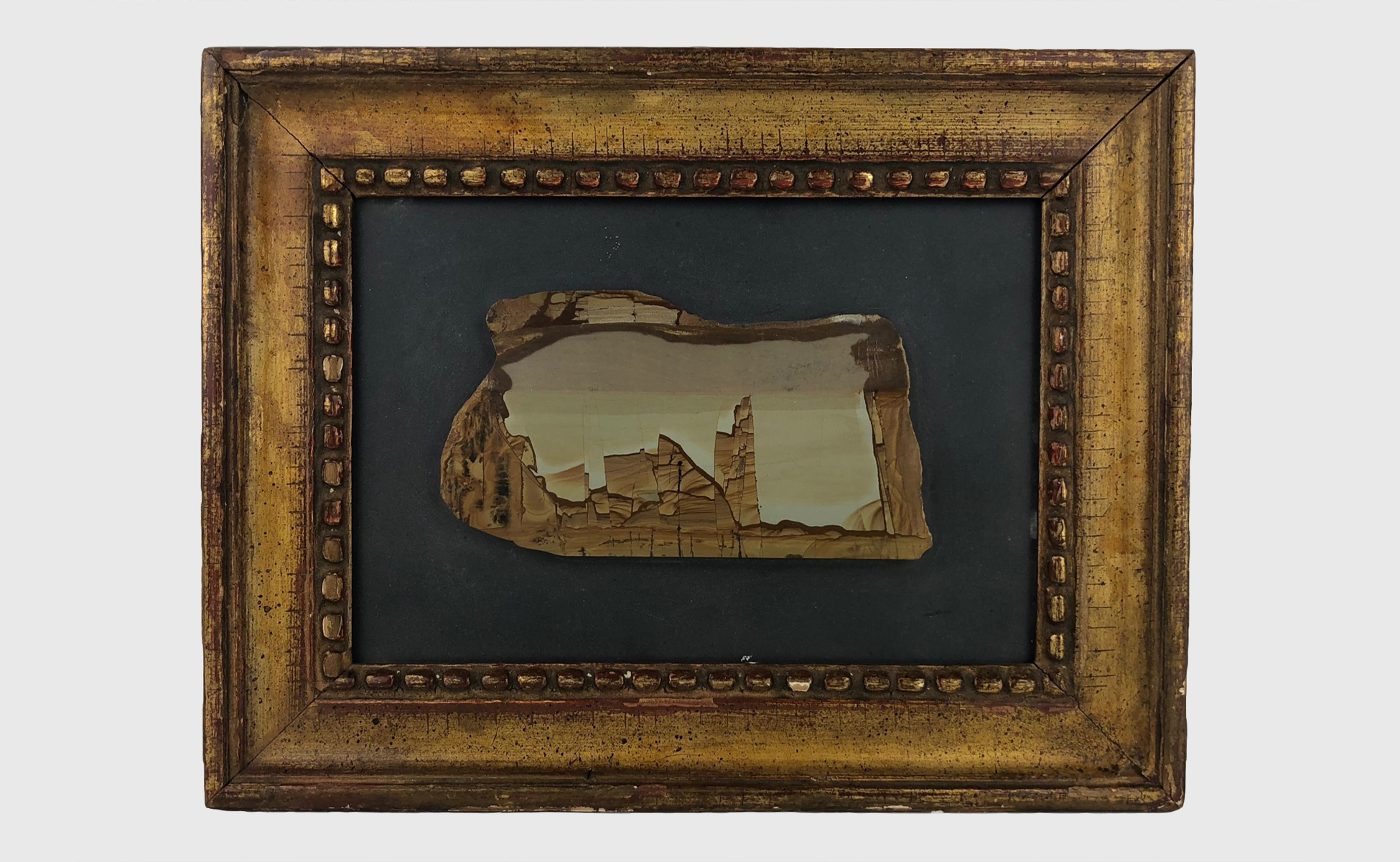 Agates, medium of the imagination

As for agates, they were known by the Sumerians, the Egyptians and many ancestral peoples all over the world for their unique shapes and colors to which were attributed multiple medicinal or mystical virtues. The one that caused the biggest sensation was the agate of the Emperor Pyrrhus, in the 3rd century BC, which continues to amaze over the centuries. It is said that Apollo with his lyre and the nine muses were visible on it. No one knows where the stone is today... the talisman would be protected by a sect of Albania or locked in a safe at François Pinault's house, as explained in an article of BeauxArts. 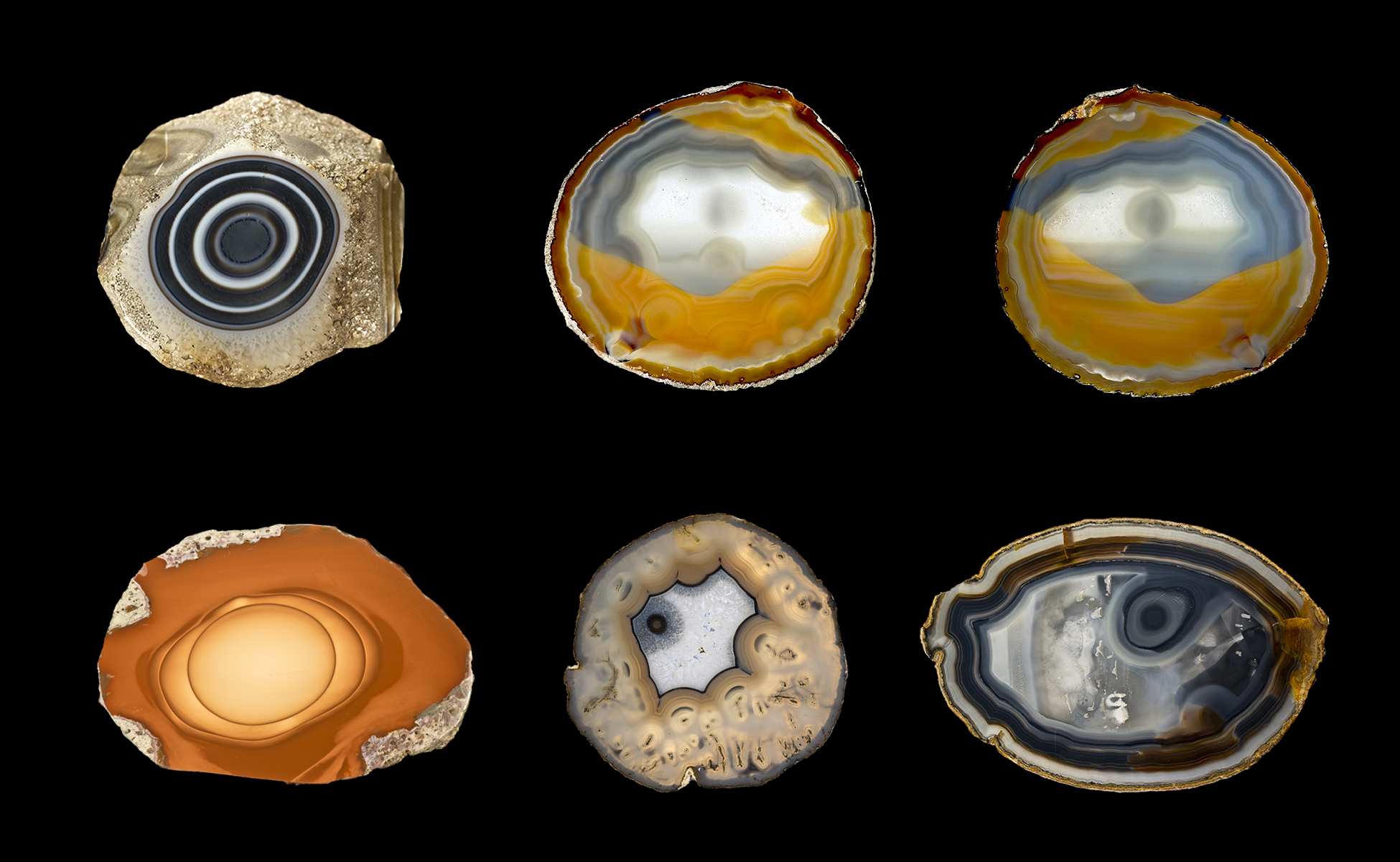 When slicing agates, the most precious ones during the Renaissance were those whose design was the most figurative and called upon the imagination; the ones picturing animals or human figures (pareidolia) where the most appealing. Below, the septaria of Caillois called "spider" followed by the "small ghost" agate. 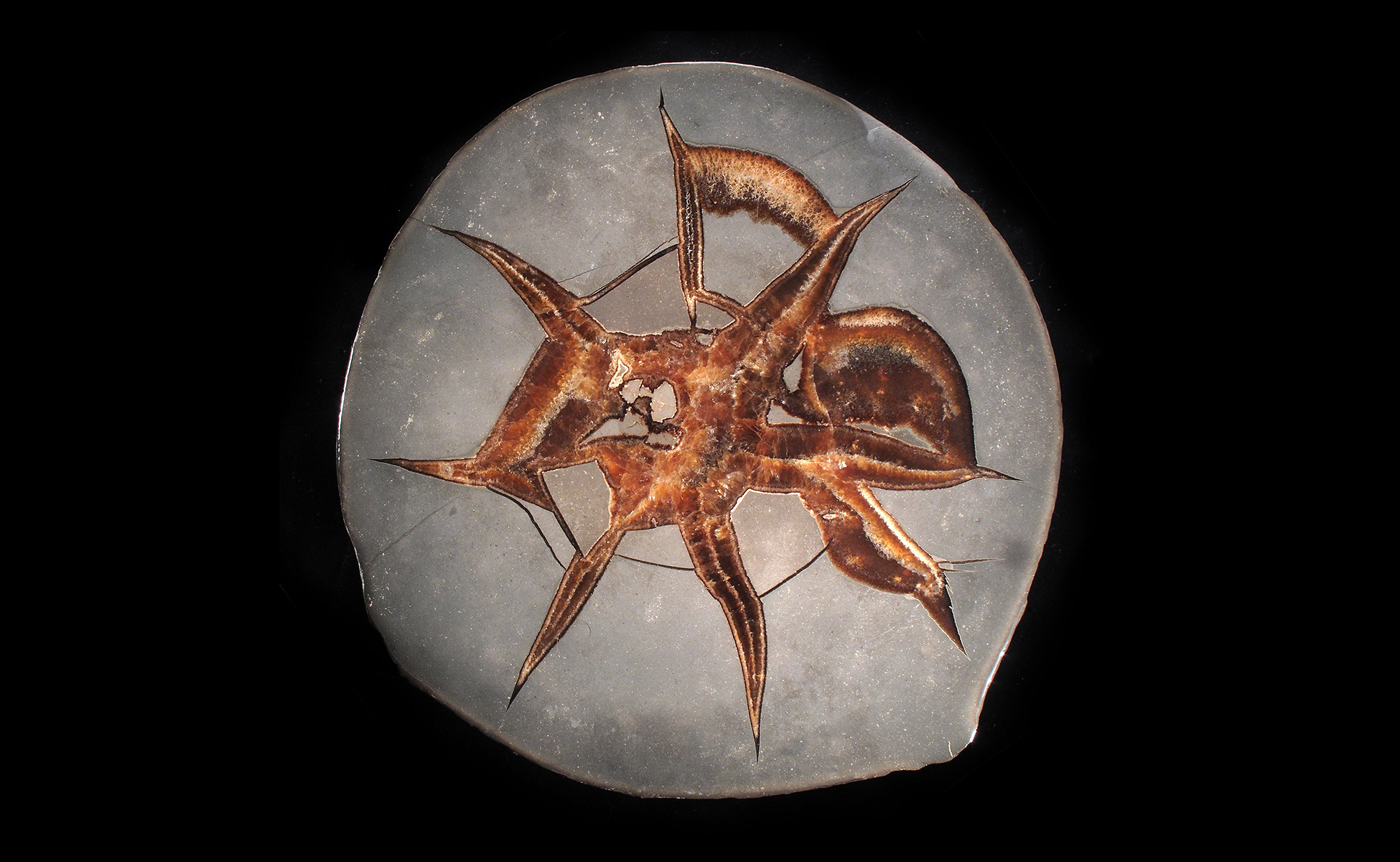 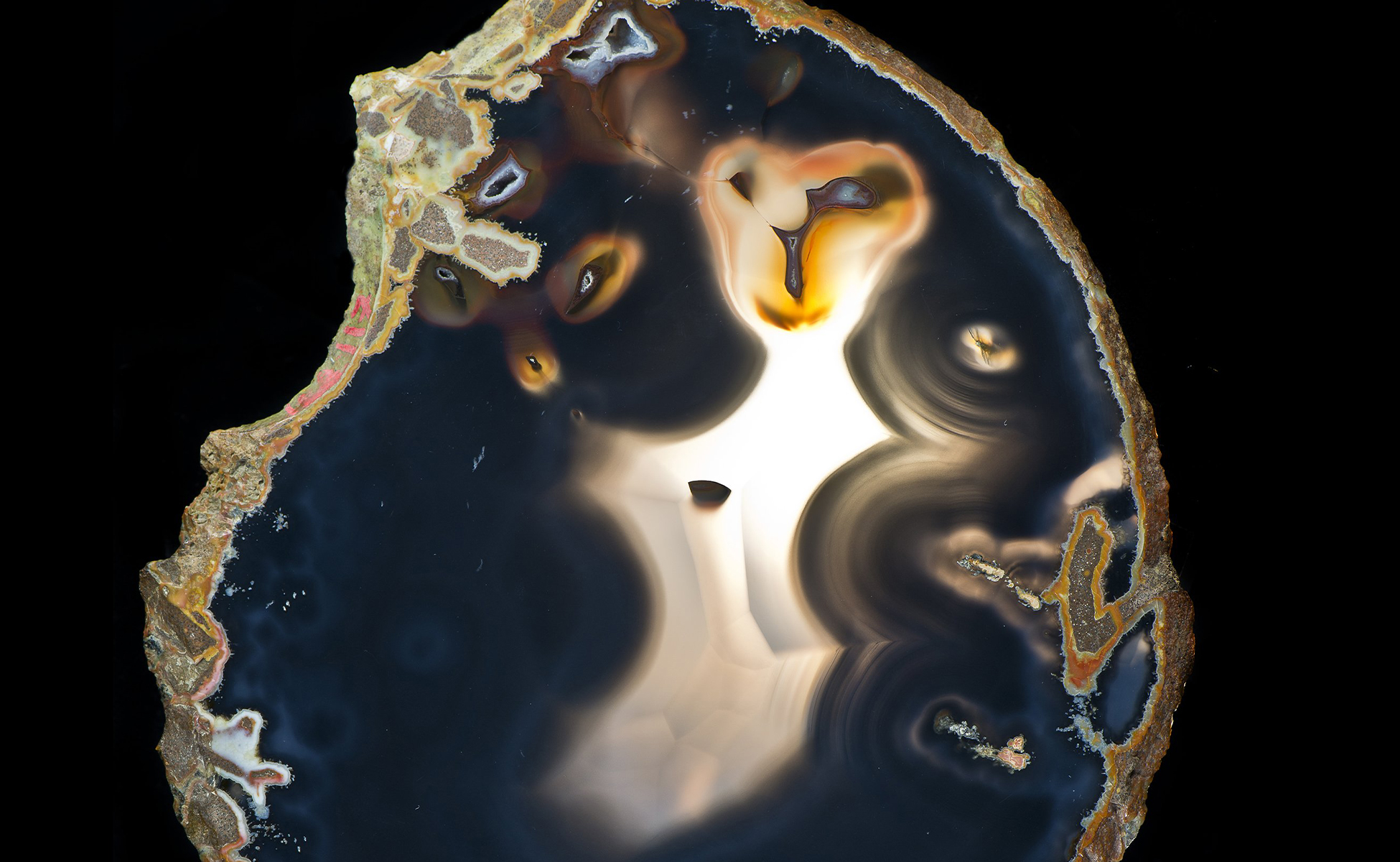 "The human being needs to read something in what is unreadable and to find something understandable in what appears as unintelligible. It is a great advantage but also a great risk" wrote Caillois, raising the danger of wanting to "homologate anything" and the need to use scientific reasoning.

With the advent of photography and especially of the microscope at the beginning of the 20th century, one realized that these slices of stone were similar to abstract works of art, and vice versa. Below, the circles of a trinocle agate from the Caillois collection (© MNHN - François Farges) followed by a painting by Sonia Delaunay on the left, and a tapestry by Robert Delaunay on the right. This reversed the aesthetic trend and the appeal of abstract motifs. 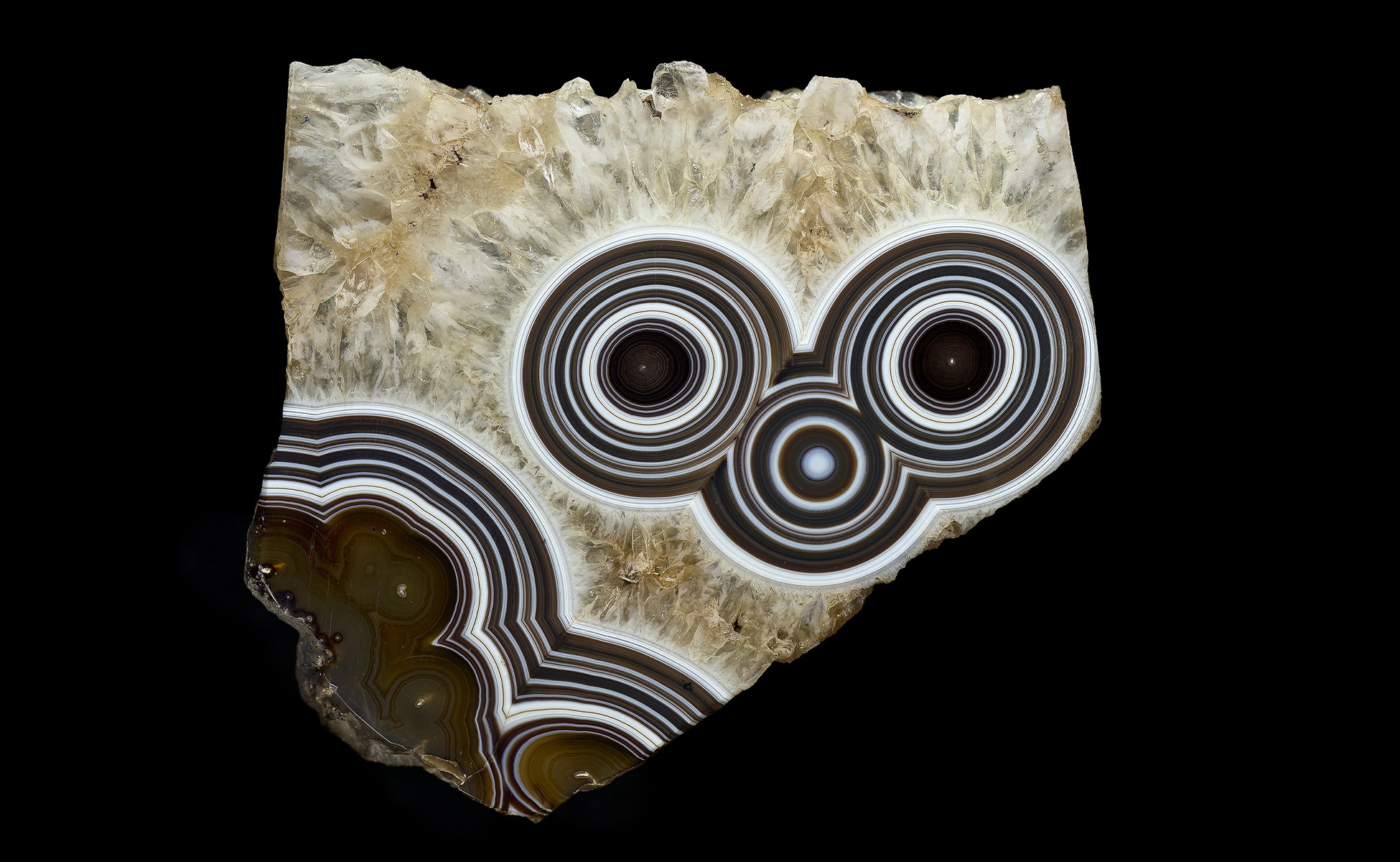 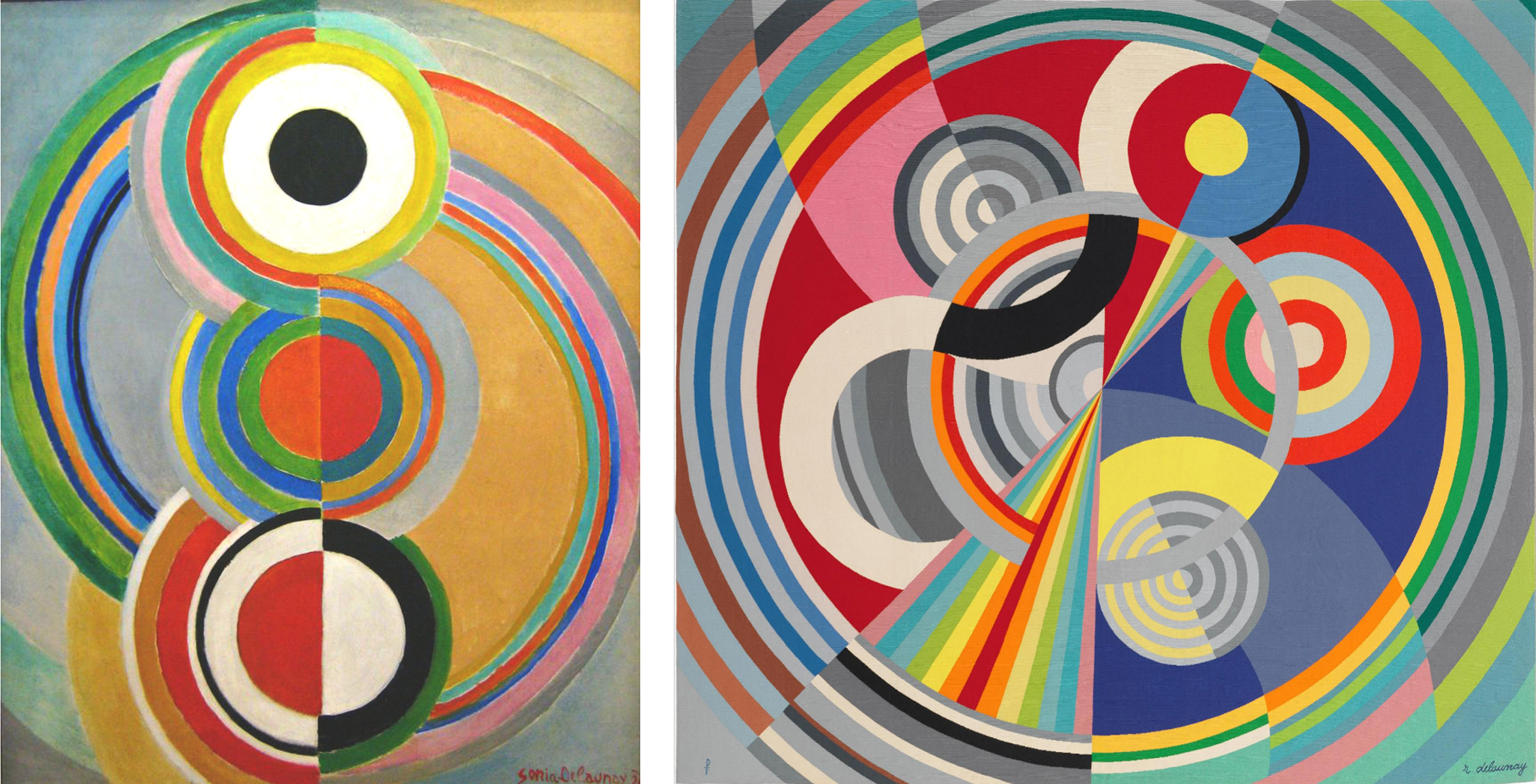 Finally, these immutable stones of a sidereal age take the human being back to his condition and to the origins of the Cosmos, by contemplating these crystallized abstractions drawing landscapes dating from before the existence of movement. Some, very rare, even contain liquid in their core: liquefied gas more than 4 billion years old, before water even existed! Other, fossilized, were animal or vegetable before becoming mineral.

These stones are, as Roger Caillois writes, "a common stele, bearing the same symbols, commemorative of unfathomable and complementary allegiance." As if they contain all the mysteries of the world in their midst.

Thanks to the National Museum of Natural History from Paris for the images.