Time and creation #01 : working flat out, a tiring tradition

We are inaugurating a series of articles about "Time and creation".
The idea is to tackle the relationship between time and creation from different angles, be it about the time we spend creating, time management, psychological mechanisms, history, etc...

Here are the articles we'll publish :

01 - Working flat out, a tiring tradition
Historical and societal approach: the origin of the expression "charrette" and our relationship to flat out work in our societies

02 - The impact of time on the creative brain
Scientific approach: the way our brain perceives time, the mechanisms that are triggered when we work under pressure, and how stimulants boost our performance

03 - In search of creative time
Human approach: what is creativity and what does it depend on to blossom

04 - Optimize and boost creativity with flow
Methodological approach: some practical techniques to be more creative and reach flow, an optimal state of consciousness

It's past midnight on Sunday. You'll have to finish this project for your client due on Monday morning at 9am sharp. And you are flat out... In a hurry, rushed by time, crushed by work. But where does the expression "charrette" come from, and what relationship do creatives have with this practice?

Handcart right on your ass!

The expression "être charrette" comes from the Beaux-Art School's architecture section, probably as early as its installation in 1830. Some of the workshops were outside the main building, so the students had to bring their work by hand -glued on frames- before Friday noon, to the large Melpomène room. The new students, fresh as daisies, were called upon to transport these precious documents in rented... handcarts. They shout "handcart right on your ass!" (charrette au cul) on the way, and beware of latecomers who would penalize all the others. When they arrived in one of the school's courtyards, they unloaded the contents by hand, under the watchful eye of the janitor who checked the completeness of the works before giving the go-ahead to install them in the main hall.

The charrette, that last push before turning in a creative project, was once a sprint in the true sense of the word. 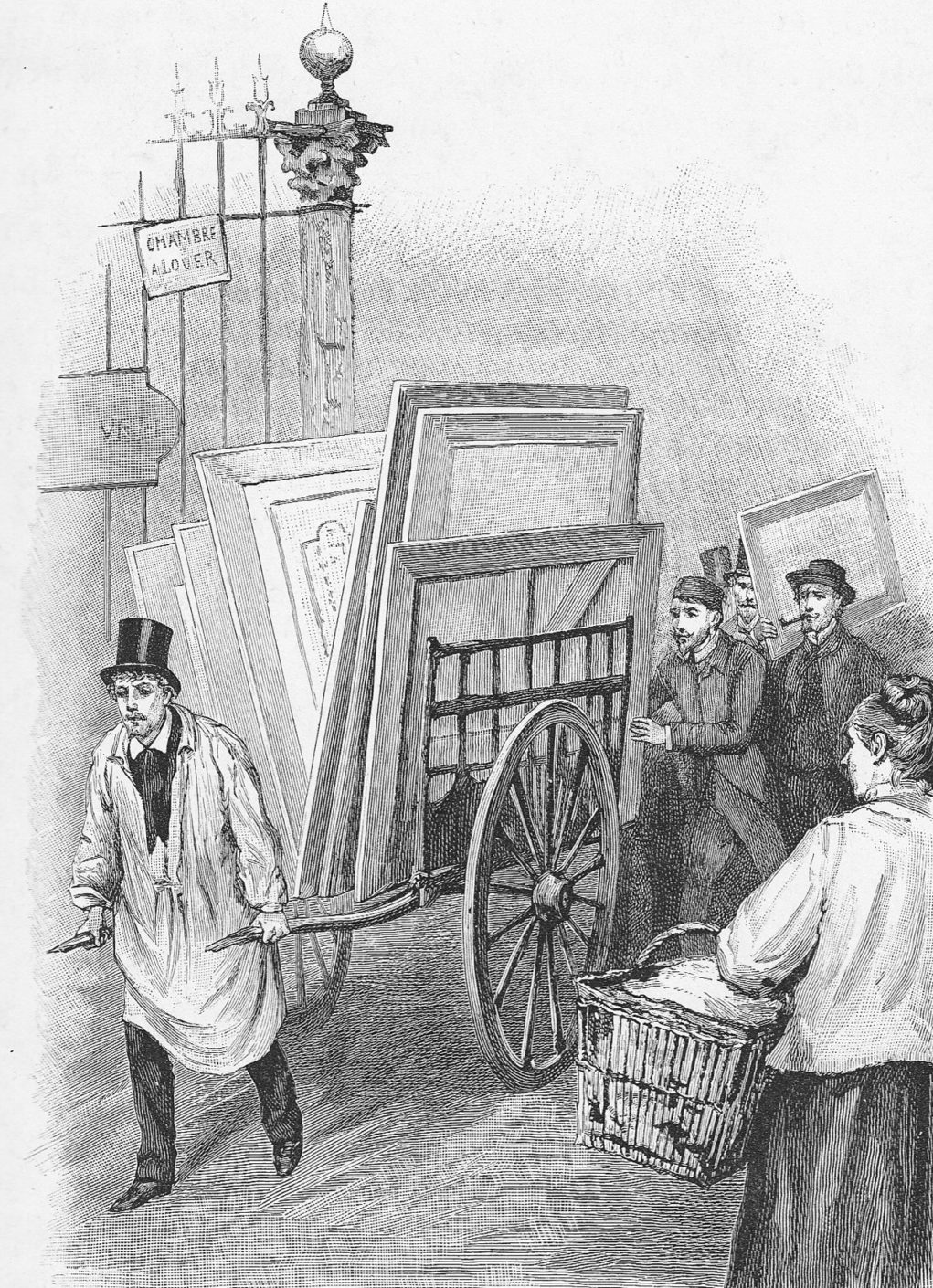 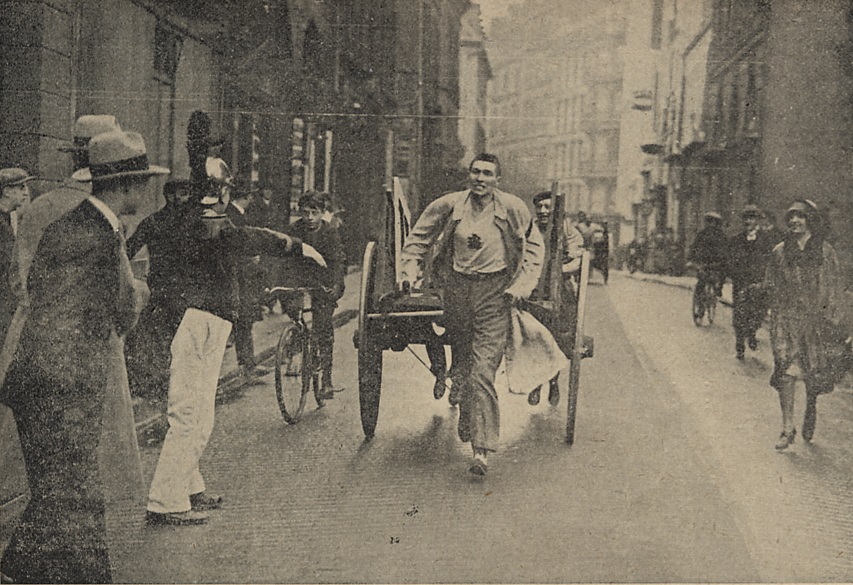 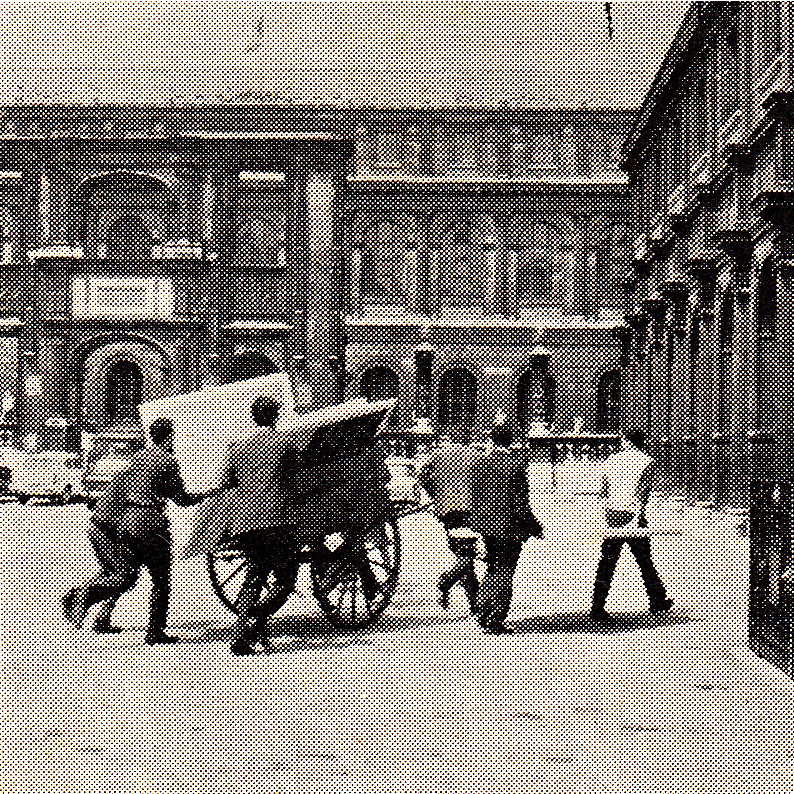 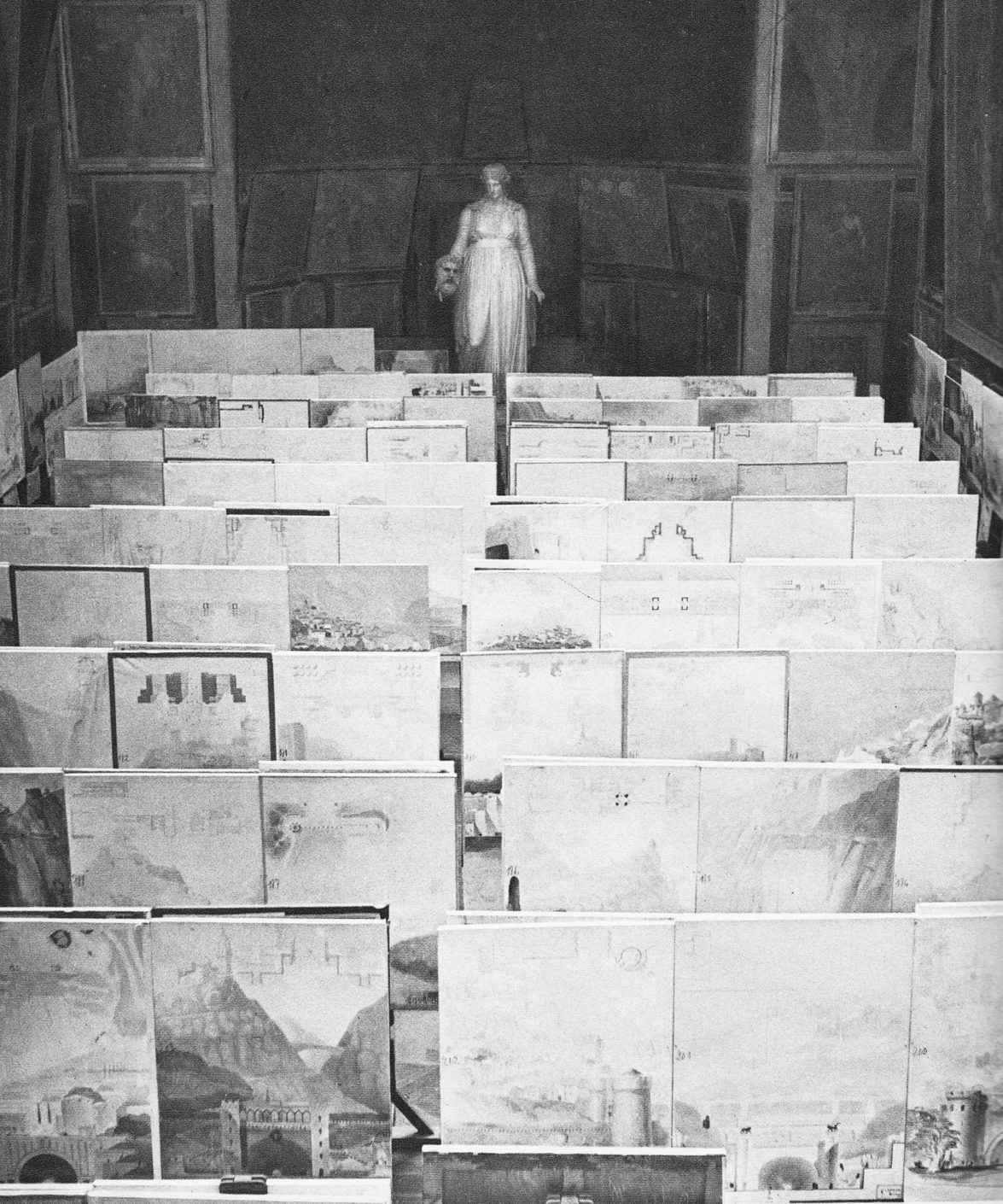 In 1927, some members of the sports association organized the "Charett Club" race starting from rue d'Assas. Jean Guinard, one of the founders, declared: "We're forming a utility sports section which will take the title of "Charett Club". Utility sport indeed, because it does not elude any friend that transporting frames in a cart requires, on the part of the newcomers, qualities of breath and speed, without which the shipment of the elders may arrive too late! [....] Train your newcomers and you will be able to stick your duds ten minutes before time with the champion team of the year". In 6 min 26 seconds the winners covered the 1.750km distance at a "zebra pace". If only we could all turn in our projects ten minutes before due time...

If you are interested by the history of the "charrette", you will find a lot of information on the site of the former students of architecture and fine arts schools. 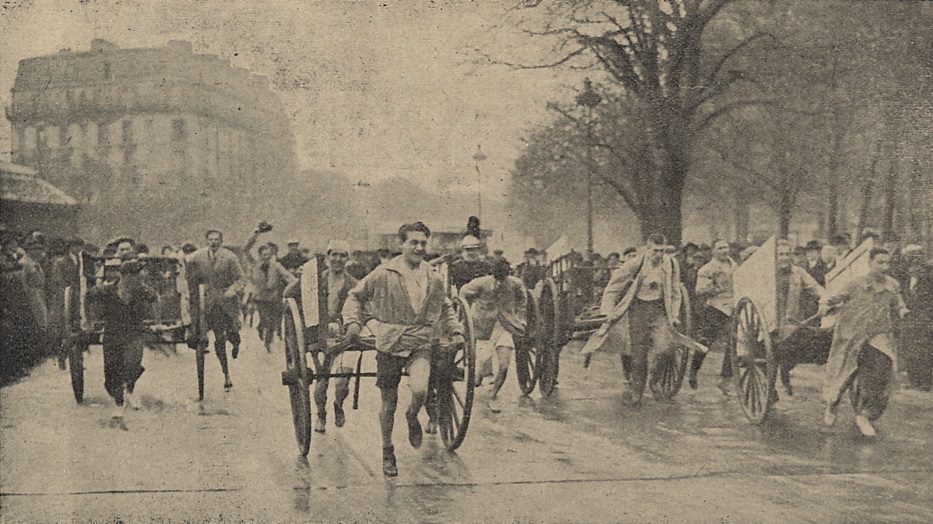 Almost two centuries later, the use of the handcart has been lost, but not this rush against the clock. In architecture school (and arts schools, more broadly), students routinely engage in nightly charrettes. Together, they gather at each other's homes, and they experience charrette as an initiation rite. There is a sense of excitement, a sense of creativity, and a feeling in the early morning of having completed a creative task together in the not-so-dark hours of the night.

Although it can sometimes be a good experience, the charrette is hardly the result of any desire among students to work overnight at the last minute. Timetables are sometimes squeezed without changing the amount of work required, forcing students to work day and night to complete courses. Teachers also demand a lot, and the overnight charrette is a rhythm to keep up with to win your spurs in the creative world. While our bodies can handle a few occasional stress peaks, and even benefit from them in terms of creativity and productivity ( we''ll see that in a second article), the opposite is true when the charrette is repeated relentlessly. Lack of sleep and/or continuous stress levels create a chronic state of stress that disrupts our nervous system and keeps us on constant alert. Eventually, this can lead to depression, burn-out and even suicide. In France, many schools of architecture or art deplore some students' suicides, because of the frantic rhythm and lack of sleep inflincted to the recurrent charrettes, which is dramatic.

By making charrette a student routine, one becomes conditioned to working flat out; it is only natural then that it continues in the professional world. It's not uncommon for creatives to give a final push before a project is turned in, to work overtime or even to stay overnight. Either because the client didn't allow enough time to accomplish the masterstroke of coming up with an idea, executing it and delivering it; or because the creative took too much time in their research phase and needs some time "off the clock", often at night or alone in the office, to focus and work. Sometimes this person also likes to be in such stressful conditions, and thus they are exceptionally beneficial. We will see in another article that it is not exactly the charrette itself that is beneficial, but the conditions it brings together.

In our societies where "time is money" and productivity is measured in profitability thus in time spent, our time has become a luxury resource that must be well spent. To such an extent that spending a lot of time on a particular task becomes a measuring tool to value one's investment. I spend a lot of my time on it, so it means I am very dedicated, and efficient!
If French people don't feel any particular appeal to the idea of working until the last minute or all night long, they do have a pronounced and unacknowledged taste for suffering and competition, in addition to a certain talent for working themselves to death in order to feel valued - or at least noticed - by their superiors. If in Denmark or in the Netherlands, the employee who leaves after 6 pm is considered as unable to manage one's time and priorities, in France it is rather a way to be noticed by the hierarchy. Unfortunately, being overwhelmed by work or going beyond one's fixed hours is very well seen. Admit that you have already killed time so as not to leave too early, or waited for your superior to finish his/her day to pack up on his/her heels?

This attitude has a name. Indeed, in paternalistic and/or high hierarchy societies (like ours, or in the United States), where competition for the best positions is fierce, it is not uncommon to see employees doing what is called competitive presenteeism. Identified by a British psychologist in the 90s (Cary Cooper), this phenomenon of over-investment at work to the detriment of one's private sphere is "a mechanism of personal valorization, or a response to professional insecurity" according to authors Eric Gosselin and Martin Lauzier of the University of Quebec. Staying late at night, starting a meeting at 6:00 p.m., avoiding leaving early even if you have nothing left to do, working flat out nights or even coming to work sick, are some of the ways to be present, without being more productive.

In the long term, presenteeism has really harmful effects, such as depression and a drop in productivity (of more than 30%). In Japan, this is called karoshi, "death from overwork". This illustrates how presenteeism has a negative impact on health. But what if we worked less to be more efficient? This method has been proven in Denmark. It is hard to imagine Danish students working at night, as they do not even have homework to do...

Without making the apology of the charrette, we can wonder why working until the last minute is sometimes still useful for creative jobs? What happens in our brain when we are stressed by time, how to find time to be creative, and how to optimize this capacity to produce ideas? The answers will be found in our next articles!

Time and creation #02 : how does time impact our creative brain?

Time and creation #03 : in search of creative time

Time and and creation #04 – optimize and boost creativity with flow 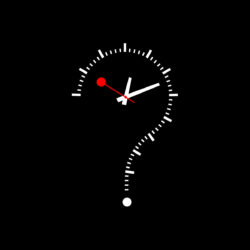