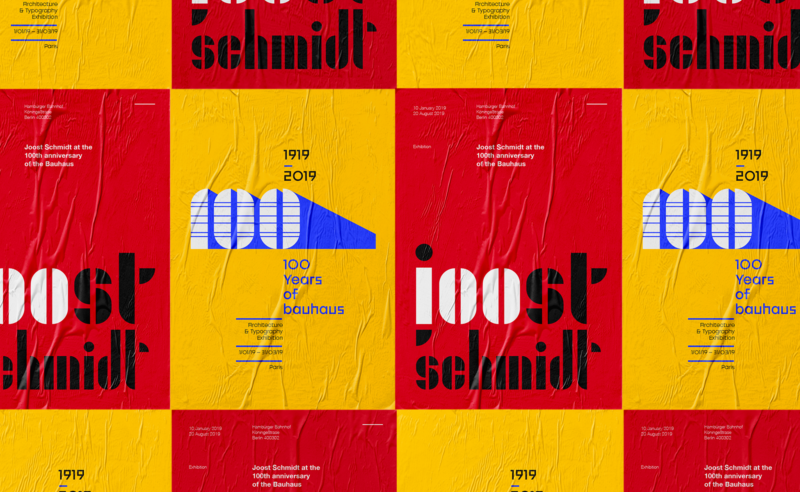 Even though Germany was eliminated from the 2018 World Cup, there is no reason not to talk about Bauhaus and sausages. Especially since we are soon celebrating the 100th anniversary of the creation of this school in Weimar (the Bauhaus school, not the sausage school), and the digitisation of several forgotten Bauhaus typographies, thanks to the graphic and digital work of 5 students supported by Erik Spiekermann.

First of all, remember to read our latest article about Bauhaus to better understand what we are talking about here!
Graphéine collaborated with Adobe on the project "The Hidden Treasures Bauhaus Dessau". The Lyon team created the logo challenge, creating the Bauhaus Football Club logo (image below) and the jerseys for the design team that we invented in our Bauhaus article.

The poster challenge was taken up by our Paris team, which we reveal in this article. 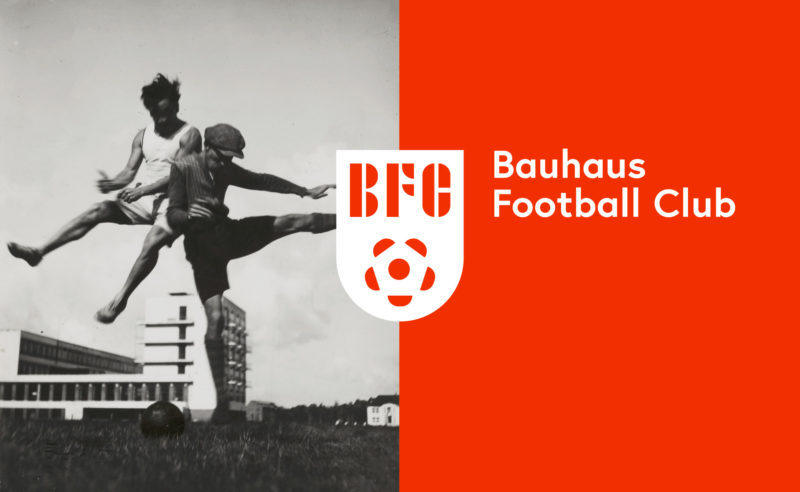 Architecture and typography in our Bauhaus posters 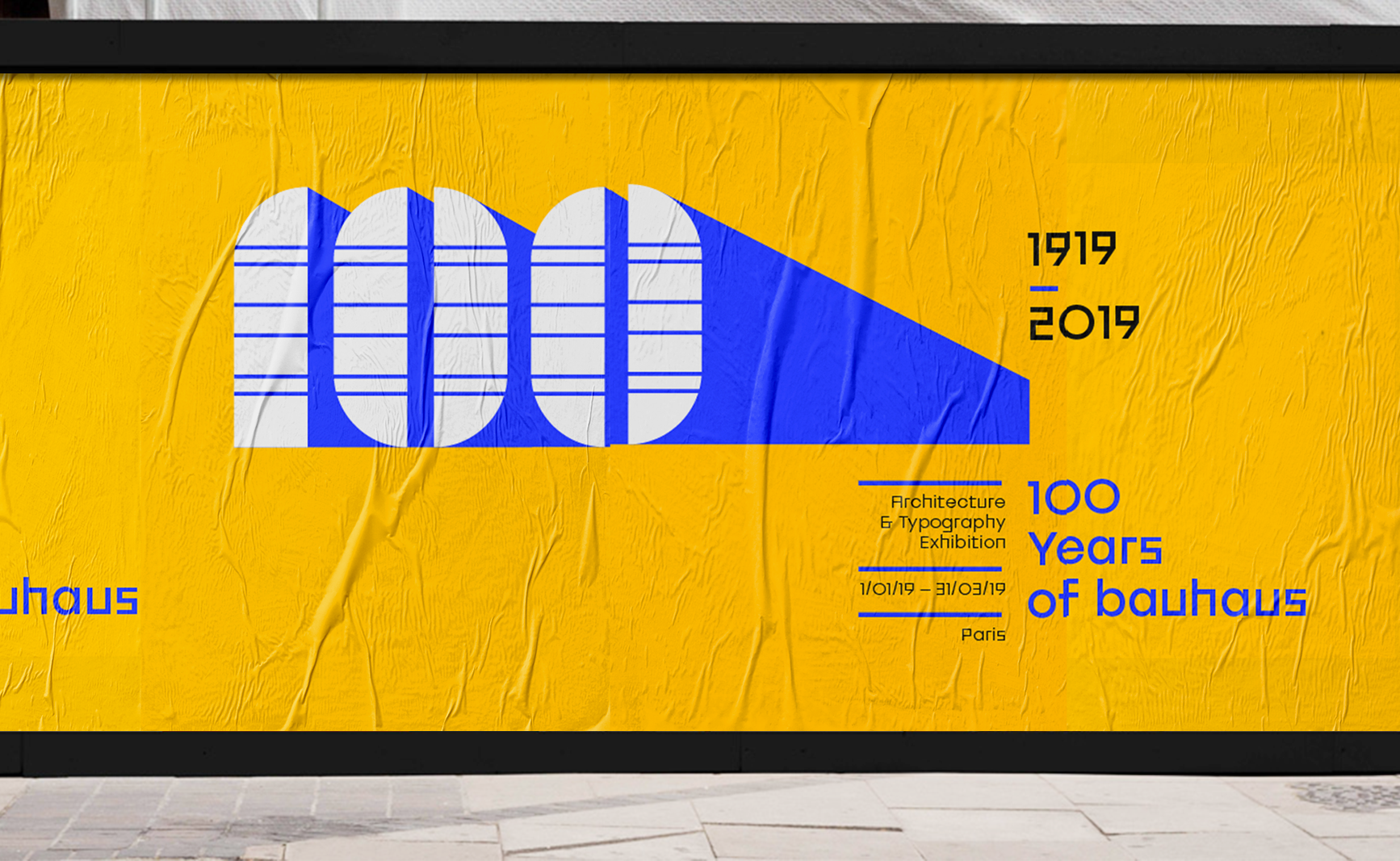 Here, the Joschmi typography takes up the construction and lines of the Bauhaus Archiv, a museum building designed in 1979 by architects Walter Gropius and Alexander Cvijanovic to house the Bauhaus archives. 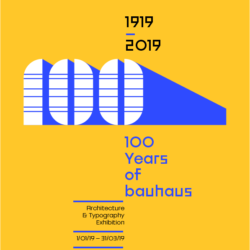 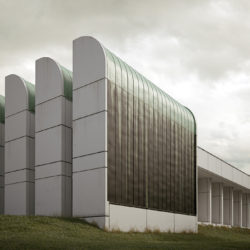 Also to celebrate the 100th anniversary of the Bauhaus, we wanted to pay tribute to Joost Schmidt, to whom we owe the Joschmi typography, recently resurrected by Adobe. Joost Schmidt was a student at the Bauhaus in Weimar before becoming a young teacher at the Dessau school.
He learned wood and stone sculpture in the specialized workshop, then taught calligraphy, directed the workshops of sculpture, advertising, typography and printing, drawing, as well as the photography department. We owe him the famous poster of the 1923 Bauhaus exhibition (right image, below). 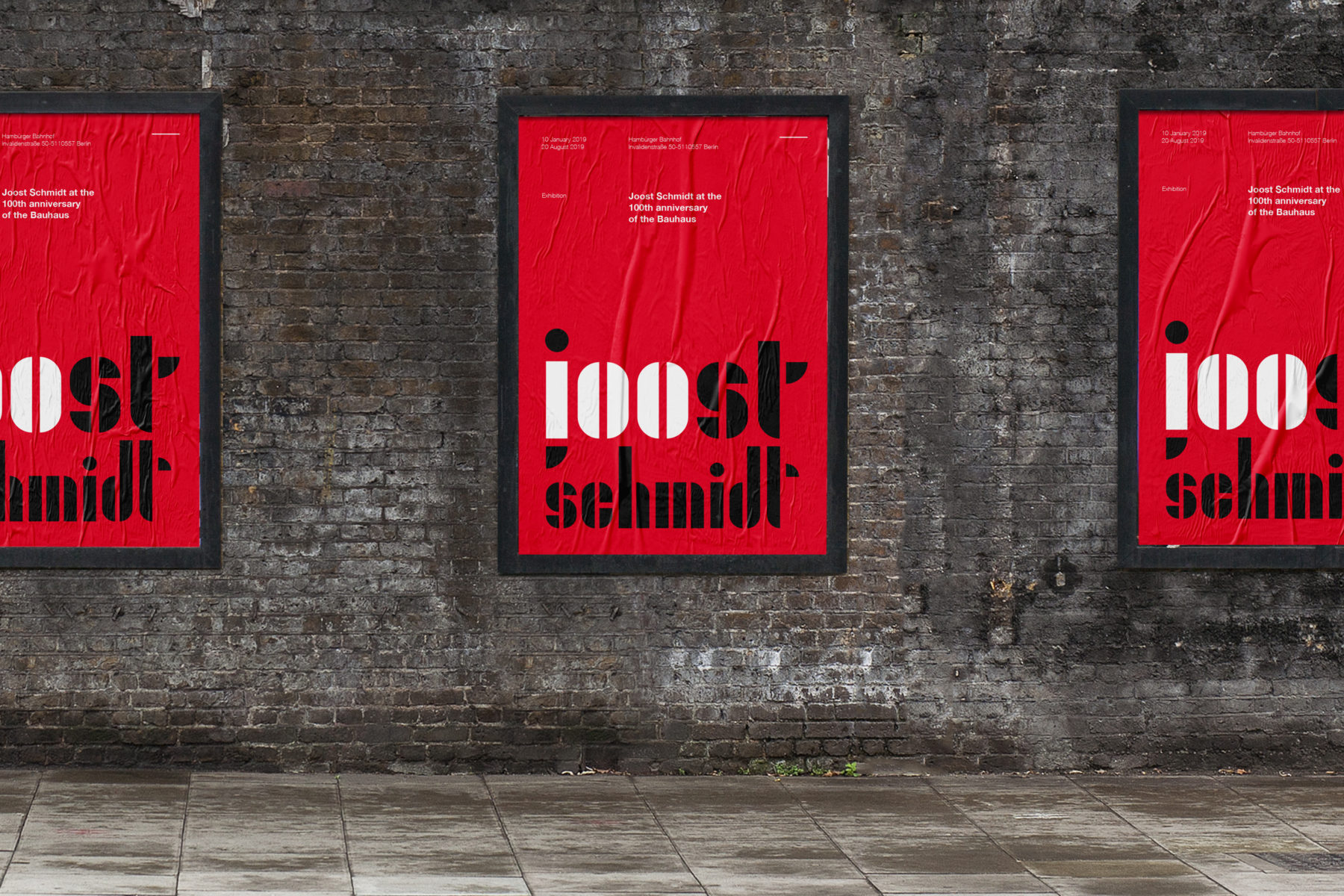 In this second poster, we wanted to take advantage of the modularity of the Joschmi font to write both 100 & Joost. The maximum color contrast draws attention to the graphic tip. Clever! 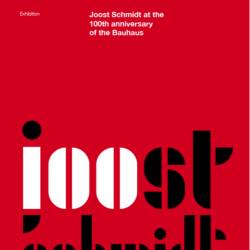 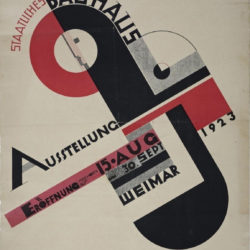 And since the Bauhaus was founded in Germany and Germany is the land of sausage, we have devoted a small series of posters to glorify Bauhaus and sausage in all its forms.

As you are probably hungry, here is our tribute to the Fleishwurst, the Dauerwurst and the Weißwurst, respectively from left to right on the photo and our posters. 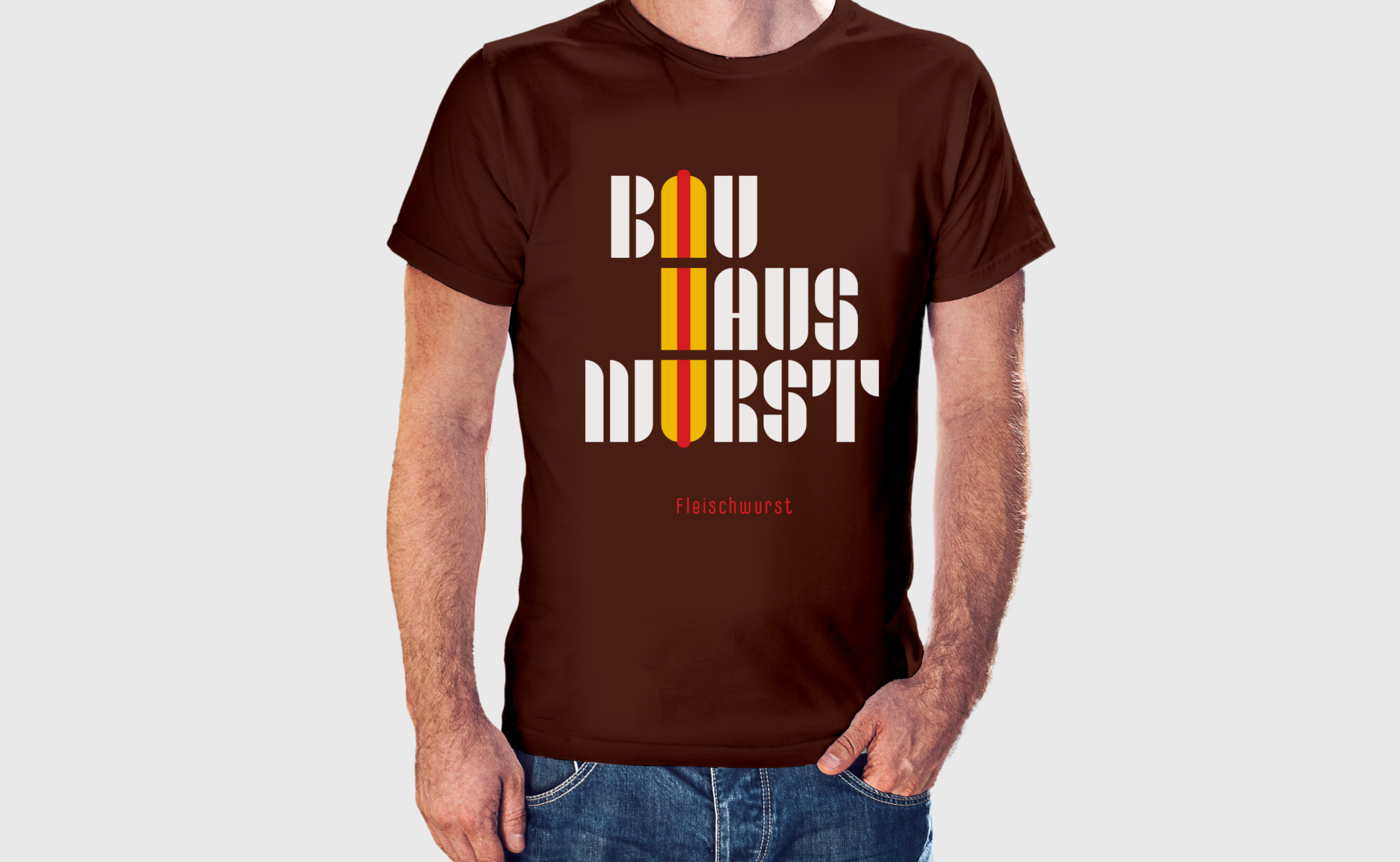 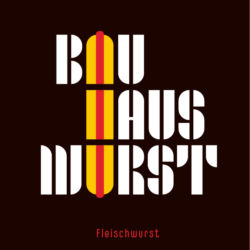 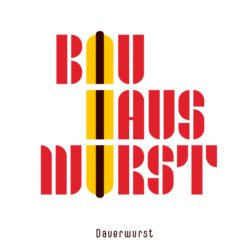 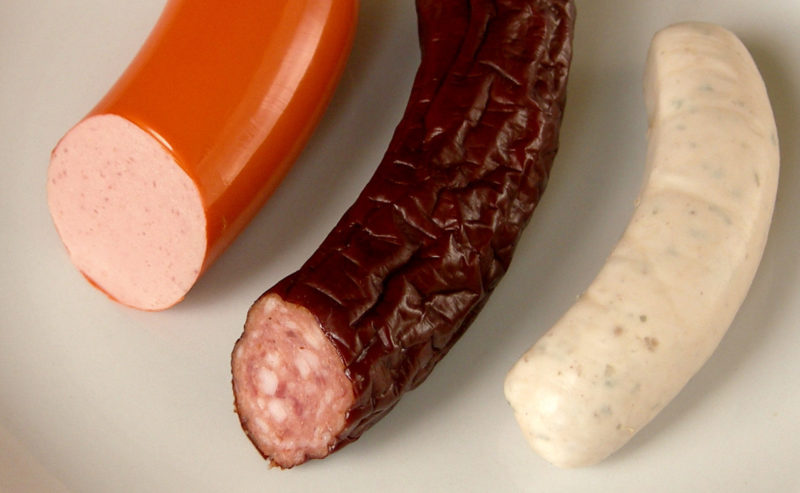 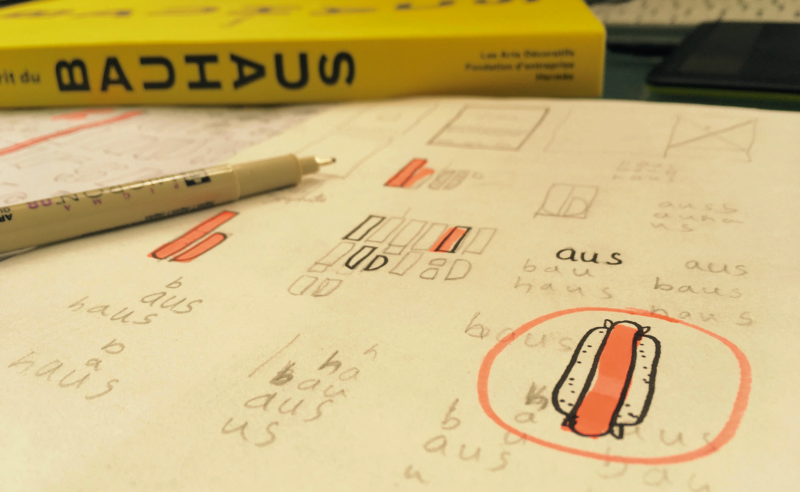 Fleischwurst (literally 'meat sausage') is a cooked and smoked sausage with a dense flesh, served in the form of a horseshoe. We also call her Lyoner Wurst... because of her Lyonnaise origins! It is stuffed with pork and bacon with a little garlic, and spices. We eat them in salads or sandwiches. Be careful to first remove the skin, as it is not edible. 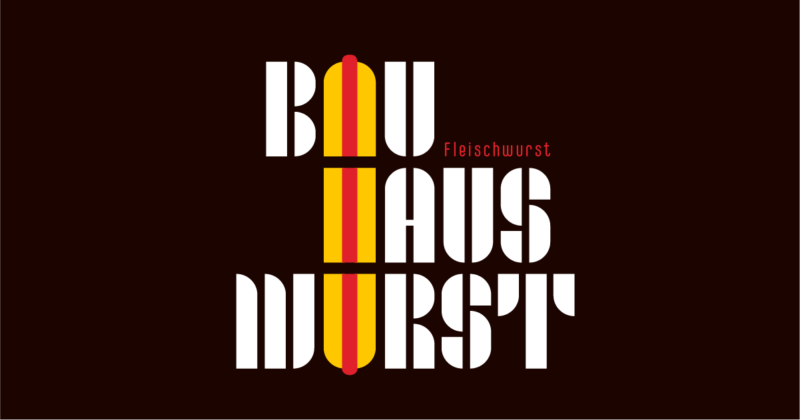 Dauerwurst (dry sausage) is, as its name suggests, a smoked sausage. Nothing very special to tell about this sausage, except that it allows to make very beautiful posters and that it certainly has very good taste. You can also find it in spicy version, nice! 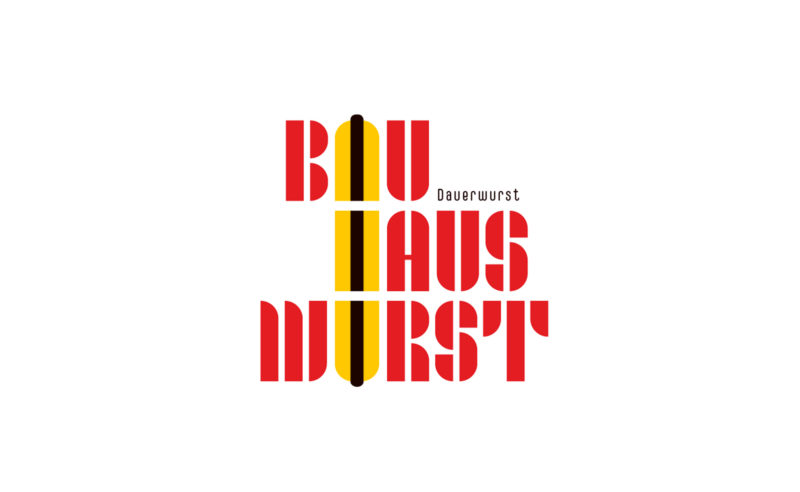 Weißwurst ("white sausage") is said to taste much better than it looks. Cooked, it is stuffed with veal and pork bacon mixed, seasoned with parsley, onions, lemon and spices. The white sausages are eaten in pairs, just drained, with a large pretzel and sweet mustard. If you want to eat it Bavarian, cut the end and suck the stuffing out of it (very chic). Traditionally made the same morning and without preservatives, they are generally eaten as snacks before noon. 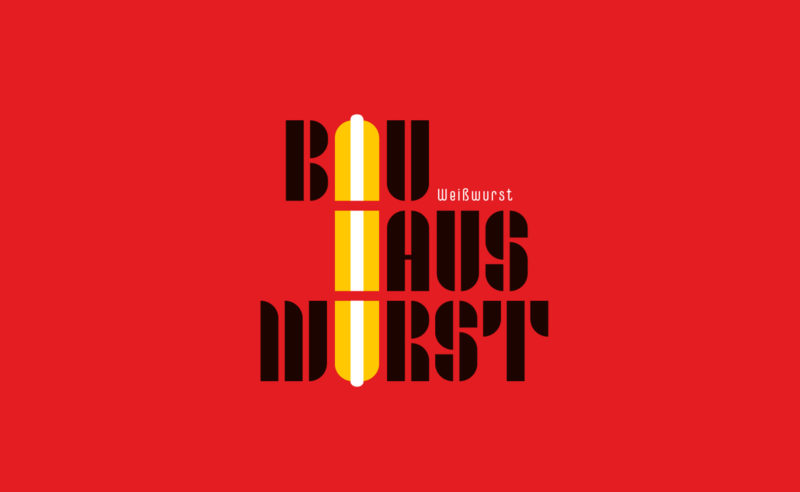 Ah, German gastronomy! We hope you enjoyed learning about Bauhaus and sausages, and we wish you great festivities in 2019 (and maybe a trip to taste it all) to celebrate the 100th Bauhaus anniversary.

PS: to learn more about German sausages, check out the German Sausage Guide !

Recognize and play with typographic classification 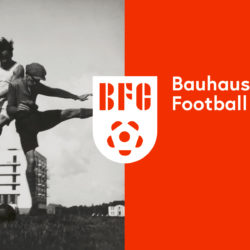 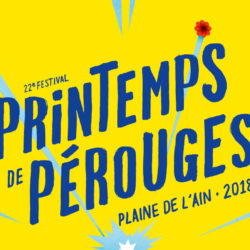