Home / Blog / Logo news / There is no smoke without brands! 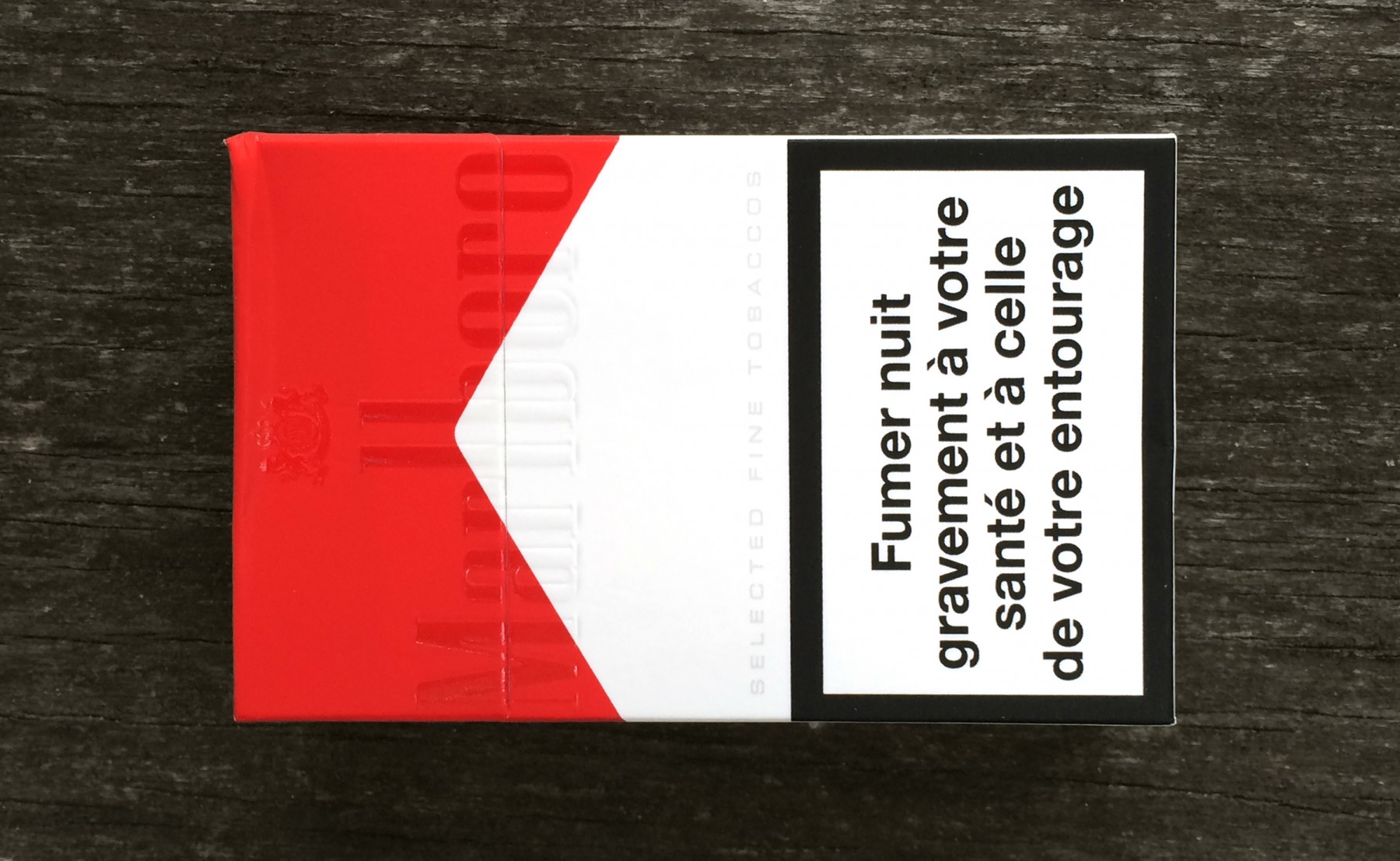 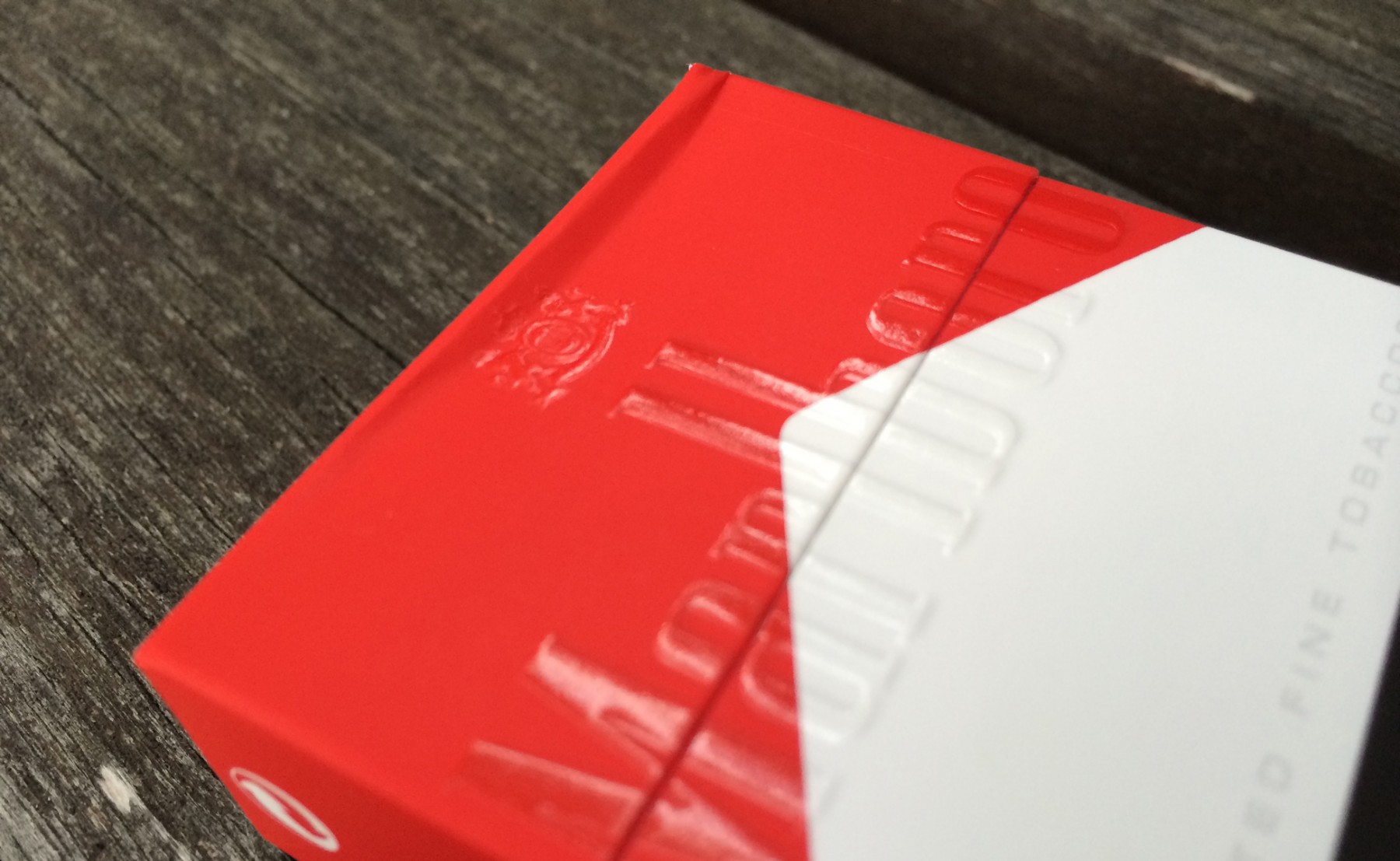 This summer, what was my surprise to discover this pack of cigarettes "almost brand." First, from the point of view of the designer, we say that this package is beautiful and we really reflects the strength of the iconic Marlboro identity. In a second step, one wonders what it took them to be as radical and minimalist. Indeed, brands do not have the habit to be as "less is more"!

As there is no smoke without fire, inevitably, one has in mind the next fire that will be the arrival of packets of cigarettes without markings. That's a long time since tobacco control associations require this, and this has already been implemented in many countries (UK, Australia, ...). We can imagine, through this packaging, the brand cowboys makes a nice "middle finger" to health institutions by showing them that even without writing their name, they are powerful! This is perhaps one way to begin to fade gently ... 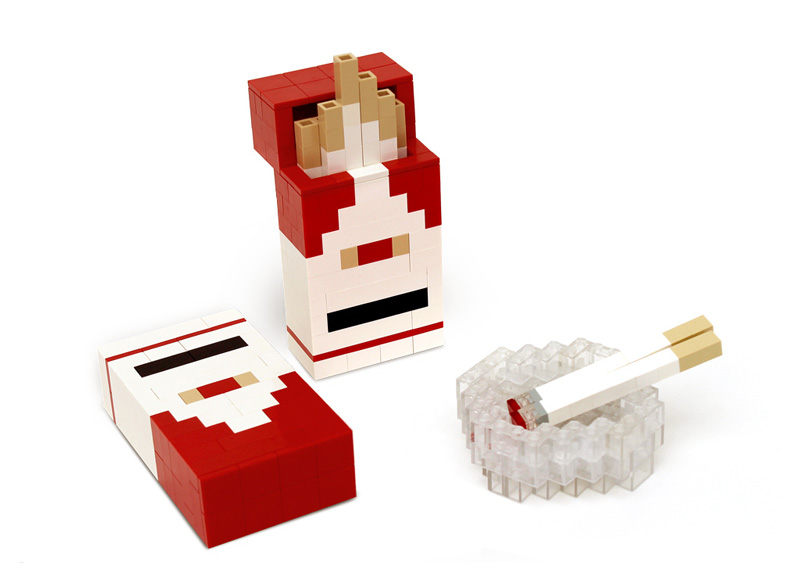 Above, a pack of cigarettes ... It looks like a lego package "pixelated" to be anonymous

You hear about a long time, our French Minister of Health, Marisole Touraine promises to tackle it from this coming, cigarette packs without trademarks will probably arrive in France.

The objective of the measure is to prevent young people from starting to smoke and encourage smokers to win, breaking the attachment to brands of cigarettes. The aesthetics of the package, thought to be attractive, is destroyed. The "neutral" said packages adopt a standard format and marketing without registration. The brand name is written in a basic uniform font.

This drastic measure a real impact on the consumption of young people. A research team from the EHESP Rennes explored the subject. French researchers measured the impact of the package for youth who smoke rolling tobacco. 133 people, 18 to 25, baled tobacco consumed in a neutral package for ten days. The result is clear: "The neutral packages motivate smokers to quit, they are less willing to buy cigarettes.".

Young people are a sensitive and vulnerable public. To their benefit, the tobacco industry is developing marketing strategies carefully considered and targeted. This marketing castration would be effective. We can only rejoice.

Of course, the tobacco up to the plate and use the threat of counterfeiting. A package without mark is more easily against-feasible. It's a fact. The brand has the function of guaranteeing the origin of a product (see: see our article on the origin of the word branding ). Once it disappears, this warranty disappears. With all the health risks that counterfeiting can generate. But in fact, dying of cancer or cancer AOC made in china, it does not change much! 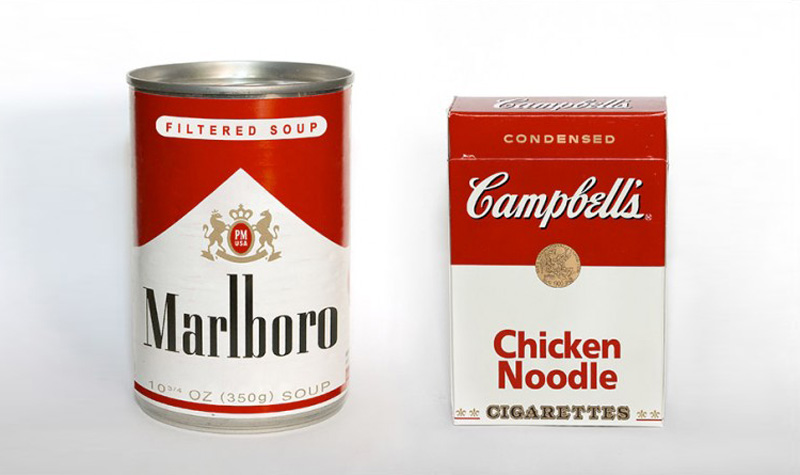 When the brand becomes an icon

I will teach you anything by saying that the package "Marlboro" is an icon. Of course, this may seem unethical to put a "box cancer" on a pedestal, but it's a fact, it is one of the biggest brands in the world.

Comes from the name Marlboro Marlborough County, lived in England where the merchant Philip Morris. Marlboro cigarettes were launched in 1920, aimed at women: the tip of the Marlboro cigarette is then red, which allows not see the lipstick. By the 1950s, the triangular packaging appears he wants to be more masculine, more manly. At the same time, Leo Burnett invented the Marlboro cowboy. Therefore, it is the great outdoors, wild horses and cowboys who will create the Marlboro legend.

An interesting article (in English) tells the history of this package, and various consumer tests of the time. 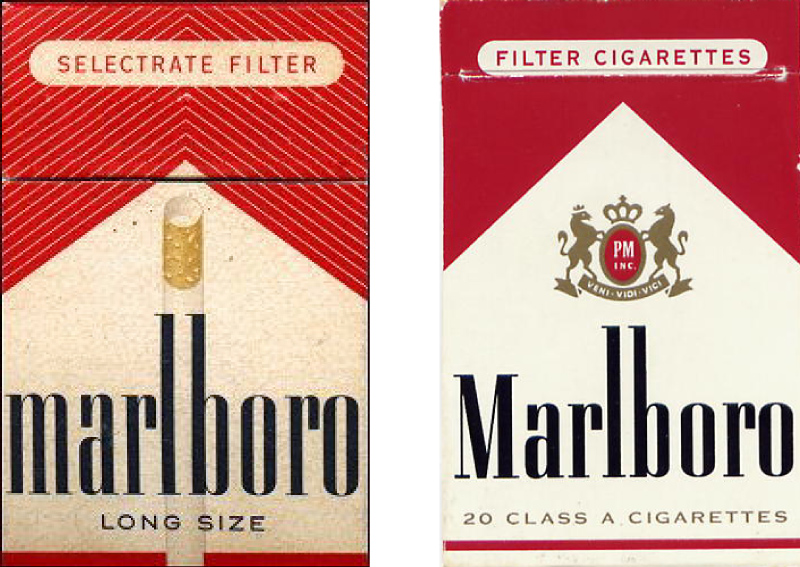 Incidentally, I never realized hidden subliminal cigarette in typography. It is by seeing the example above packaging that light appeared to me!

Color and brands are all about identity !