Home / Blog / History of graphic design / Shepard Fairey, “the worm that shone with the stars”

Shepard Fairey, “the worm that shone with the stars” 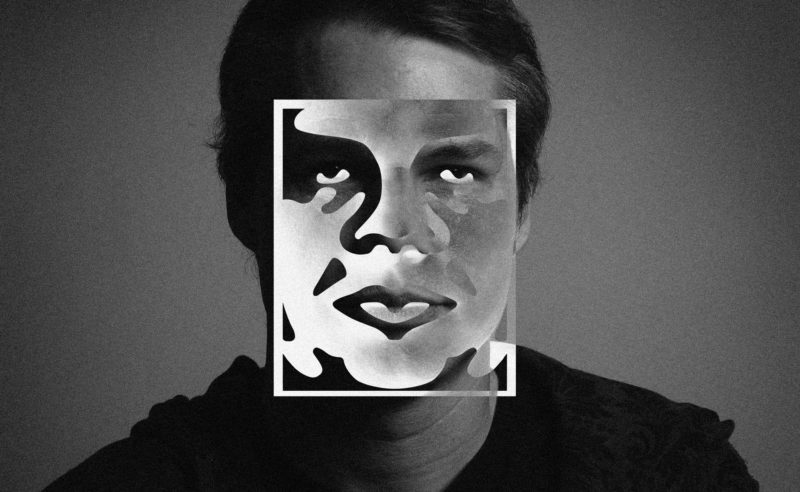 Franck Shepard Fairey was born on February 15, 1970 in Charleston, South Carolina. It is on the occasion of an exhibition at the Lyon gallery "SpaceJunk" that we add his name to our page of the great names of graphic design.

Mid-1980s. Hip-hop is raging, skateboarding is religion. An actor -Reagan- is at the head of the United States, the Cold War is in full swing and the world is gradually turning towards neoliberalism. It's the arms race. But underground, another movement roars.

At the time, the police severely condemned graffiti in New York, which had appeared a decade earlier. But the prohibition of this underground movement had the opposite effect: street-art intensified and spread to other American cities, illegally of course. Just as illegally, Shepard Fairey and his gang of skating friends, then at the Rhode Island School of Design, produced thousands of stickers featuring the giant Andre Roussimoff. More known by the sweet name of Andre -or 8th wonder of the world- his 2m14 and 235 kilos have just fallen on a wrestling ring for the first time in 15 years. Like a trail of spray bombs, these stickers toured the United States, and became the new standard of underground culture until the 90s. Distributed under the coat and glued all over the city, we see Andre's face with the text: "Andre the Giant has a Posse". Who then glues him claims to belong to this gang. 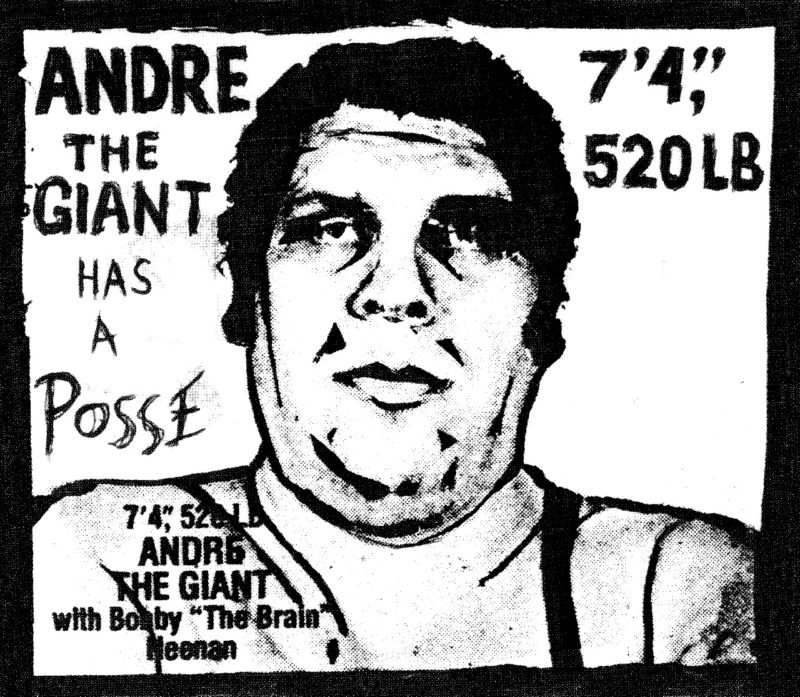 The Andre the Giant brand is already registered, and Shepard is forced to abandon its stickers. That doesn't mean he's holed up. Thus OBEY is born, with Andre's face in close-up and a rather demonstrative title taken from the film Invasion à Los Angeles (They Live).

Real phenomenological experience (thanks Heidegger), these stickers are used, at the time, to highlight elements that we have perpetually before our eyes, but that we are unable to see for what they really are. Then everyone is free to do what they want with it. The Conservatives, embarrassed by the subversive and underground side of the sticker, have often ripped it off. The rebels, often glued, making this movement grow. In 2001, OBEY became a streetwear brand. The Fairey Empire is born.

While waiting for the glory that will arrive four years later in 2008, Shepard Fairey, with his friends from the Post Gen collective, is creating an anti-war and anti-Bush campaign, with posters inspired by Warhol's pop art, Kruger's slogans and Rodtchenko's Russian constructivist design. Fairey, Conal and One combine their talents as artistic and committed guerrillas - between serigraphy, caricatures and painted walls - and "Be the Revolution" makes great noise. Resolutely committed, Shepard touches all the subjects that titillate him. Ecology, economy, consumption... His motto: act now, regret later. 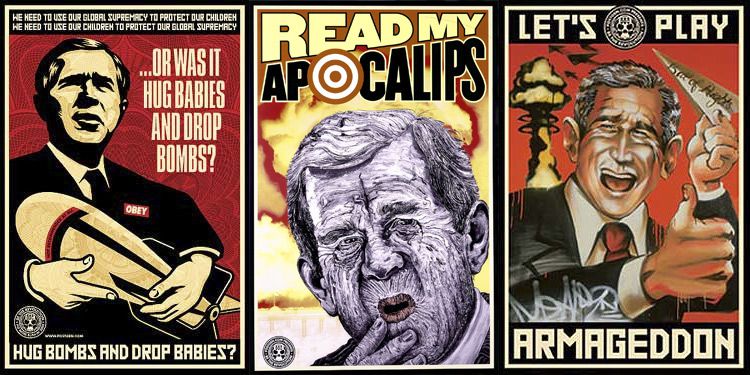 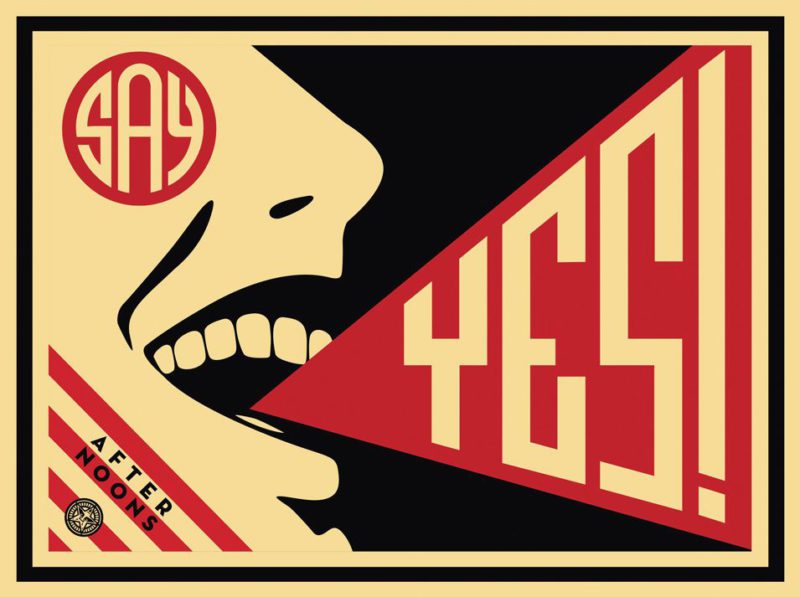 And then comes the glory in 2008. Doing there does little politics, or only "when necessary" and after the anti-Bush slap, here he is in the service of the shepherd Obama. HOPE, CHANGE, PROGRESS, the candidate's face is sublimated to the Fairey and put on sale to finance his campaign (in part). Here is the "earthworm in love with a star" (Victor Hugo) except that instead of crawling underground, in the underground kingdom, Fairey is projected into the stars' firmament. Nice destiny for a street-artist. 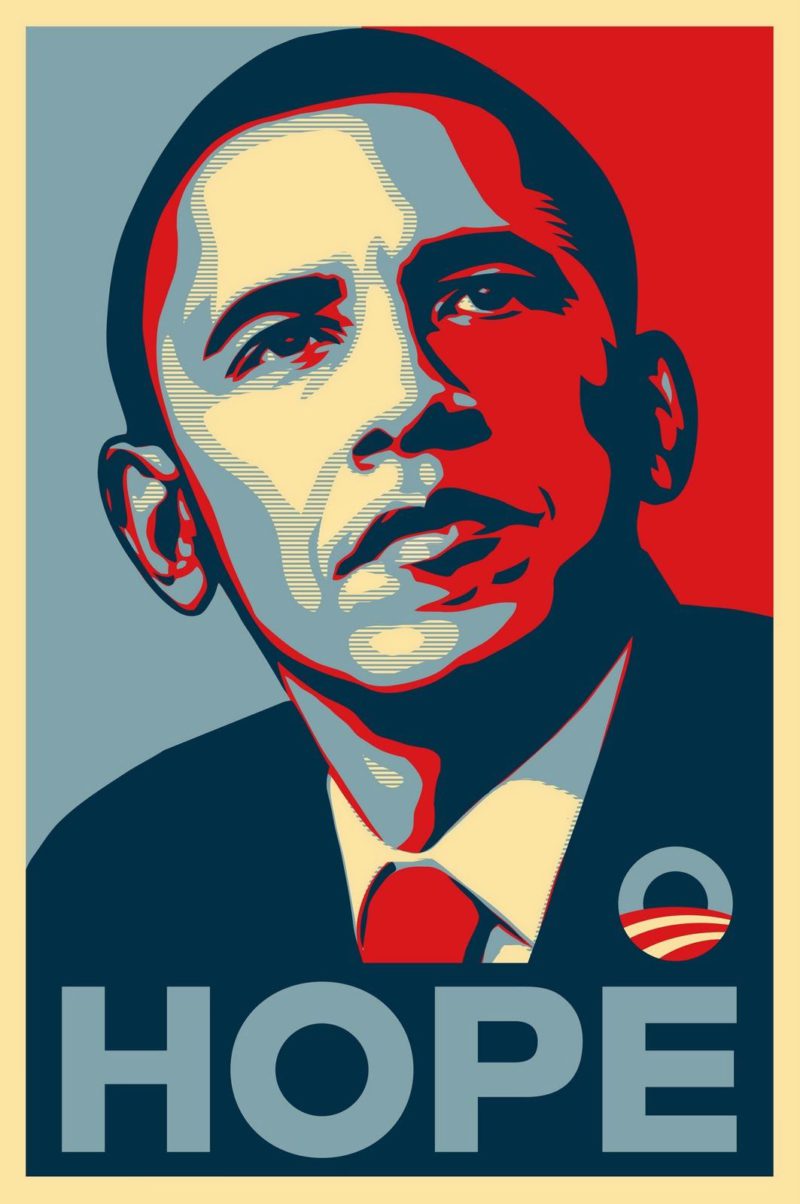 In 2015, Fairey came down to earth and turned around, disappointed by the man he had supported, or rather by his broken promises. The earthworm returns to its hole, to better attract the eye on what goes over its head. From time to time, we even arrest him for vandalism. Because Shepard, face down, has lost nothing of his commitment. And for proof: in Lyon are currently exhibited - and until June 4 - a whole bunch of posters he made on the theme of ecology, at the Spacejunk gallery. Who better than a worm to represent the silent and oppressed majority? This exhibition is an opportunity to see a remarkable silkscreen work, with shocking and striking slogans, but above all clever as we like them.

Here are some images of the Lyon exhibition and the works exhibited... 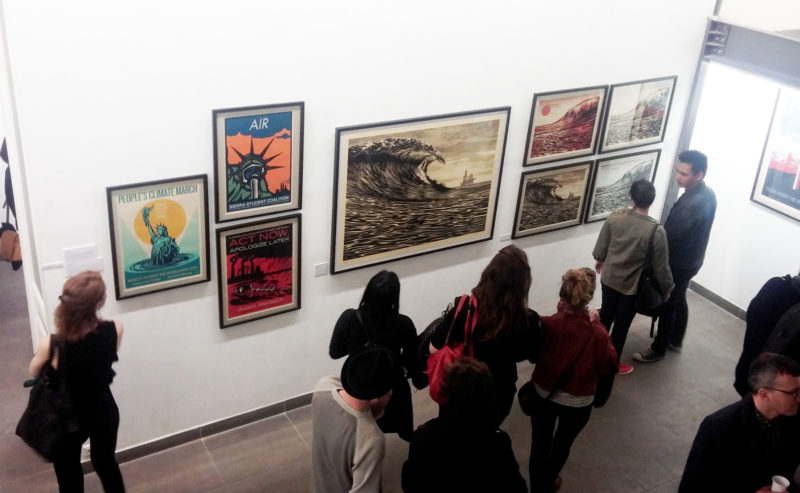 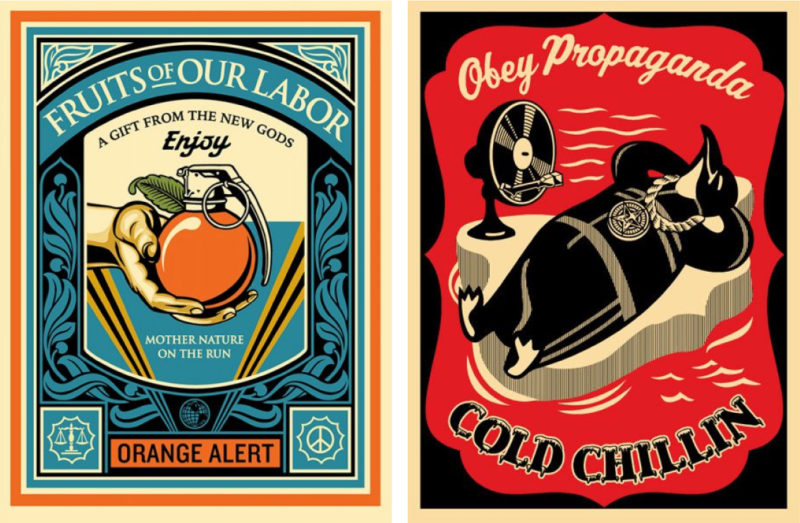 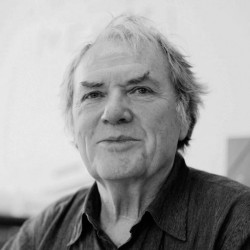 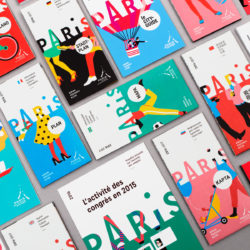